What happened in the office?


WOW -- I'm almost speechless at what is happening in the world. Yesterday, it seemed that every minute there was a new development - a closure, a cancellation, reduced hours, services shut down. It was getting to the point that I was afraid to check e-mail. However, it's all for a good cause - we need to get a handle on flattening the curve and many companies have stepped up to the plate to make that happen. Individuals have done the same. My gym is closed! ACK!!!!  But walking outdoors is still an option and even though the weather is yucky this morning, we'll be out there.

I'm sure we're going to see many more changes occur today. We do NOT need to panic!

Now don't get me wrong when I say that I'm so excited I can hardly sleep. Matter of fact, I was sitting at the kitchen table last night until about 9 PM which is VERY unusual for me. Normally I don't sit at the kitchen table after dinner and never that late. However, I was going through another box of stuff in the office. I know!!!  This is GOING TO HAPPEN.

I'll share what I found tomorrow as I have a bunch of other stuff to share with you this morning. I did a wee bit of tidying in the office and look at my computer desk.


There's actually a place to work. What a novel idea that is!!!  I packed all the stuff from the desk into a box and that's what I get to deal with today. I'm psyched about this and even though I have a lot of work to do (since I mostly work from home anyway), I feel like I have a bunch of extra time. I'm going to make good use of all that extra time.


Even though I've mostly just shifted some stuff in the office, it actually feels "cleaner". This is going to be great!! Enough whining!! I'm sure all of you are breathing a sigh of relief about that! Let's keep the momentum going. And how about all of you? Is there a space in your house that you could tackle?? Even pick something small - the junk drawer in the kitchen. The sock drawer in the bedroom. Pick something and get it tidied up!

A very small group of us met for Monday sewing. It is now canceled for the next couple of weeks, but it was very therapeutic for us. We discussed all the details of the current situation and many other things in great detail. I'm glad I went and I don't feel that we were being irresponsible in attending. None of us have any health issues that would put us in a high-risk category.

So for the next two weeks, there is absolutely NOTHING on my calendar. OH wait - I'm lying. There is a conference call this Friday, but that's allowed!

I have something very exciting to share with you. I was going to use my metal rods to stuff this gecko last Monday. But then I remembered that I had two stuffing forks so I decided to wait. OH BOY - I'm so glad that I did. They are strong (two different sizes) and they have a small prong at the end. Stuffing those toes was a piece of cake. So if you're into doll making or any kind of detail stuffing work, you MUST buy these stuffing forks. They are sold through this website by Barbara Willis.


On my way home, I HAD to stop by the pet store to get dog food. I had emptied Miss Murphy's bag of food in the morning. Oh yes - people have been hoarding dog food as well. The kind I normally buy is out of stock. They did check the delivery for later this week. They are getting THREE bags of that kind. I simply bought another type. She doesn't care what she eats as long as she eats!!! People - will your dog eat more because of the virus??


When I did get home, I went for a walk. There were a few things I needed at the grocery store so we walked there with my trusty backpack. That's definitely one way to not hoard - if you have to carry everything home!!!

The meat section was pretty much decimated! There was a bit of pork in another aisle.


Oh wait - they did have packs of hamburger in another aisle. I notice the packages are large and look at that sign which was in MANY spots around the store. I think that's shameful that a sign like that even needs to be posted. Our infrastructure is NOT in danger.

The bread aisle was pretty much empty as well. I didn't even check the TP aisle. BUT I don't eat bread so I didn't care. I like the Ryvita crispbread and the shelf was FULLY stocked with those. My favorite one is the Muesli Crunch. With a bit of cheese, they make a great lunch. Try them out - they are delicious!! Especially the Muesli Crunch.

And if you wanted bananas, there were loads of bananas. That's about double what they normally stock.


The price of gas is very low and it's going even lower tonight. Shoot - I thought I was doing great when I filled up at 96 cents a liter. I'm not even going anywhere to use up the full tank of gas so I could take advantage of the even lower price. I could just drive around for the fun of it. No - I don't think so.


Now to the quilting stuff. I'm so excited about the next couple of weeks. I do have some work that has to be done and I have a couple of quilts that I'm working on, but I also want to make a quilt during this time to remember that I did take some time to have fun during the shutdown.

I dug out my TWO shoeboxes of orange scraps. I have several ideas swirling in my head and I might add a bit of white to this as many of those oranges read pretty much the same value/color. I'm going to play around with some of that later today.

Oh - and when we were at the Monday sewing, this is what I worked on. I got the June seasonal wall hanging completed. Well, I got all the applique cut out and I finished it at home.

Then I went to work on the August wall hanging and it's now done as well.


These were designed by Patrick Lose in 2012!!!!  Here's what they look like so far. Remember that only the January one has the satin stitching done. The rest are waiting for that. Happy St. Patty's day by the way. My little leprechaun is wishing us all a good day.


I had started to work on the September wall hanging, but I ran out of fusible so I couldn't go any further. Now my studio is very organized so when I got home, I opened up the cabinet underneath the cutting table and pulled out another pack of fusible. Oh yes - I could be isolated in my house for years and probably NOT need to buy anything.


And I got myself organized and got one more quilt quilted. This one is going to a local community group or the senior's home. I need to have a chat with them one day. But NOT for the next couple of weeks. Besides, this needs to be bound. I have a LOT of binding to do.


The next quilt is loaded on the long arm and ready for this morning.

I'm looking at the quilting schedule for the rest of the month and I should easily be able to get everything finished. I toyed with the idea of pulling out another quilt or two. BUT - I decided to hold off until I have completed what's on the list. Let's not get too excited here!!!!

Well - I have to deal with e-mail this morning. I have cancellations that need to be rescheduled. I have a bit of stuff that I saved from the office box cleanup yesterday that I would like to deal with. Honestly, I didn't save much. Most of it went into the recycling and that's a good thing. It was "hard" to let go of some of the stuff, but seriously - do I need that? So much of what I'm tossing, I could access on the internet if I chose, which I likely never will. Let it go  ....... let it go............. 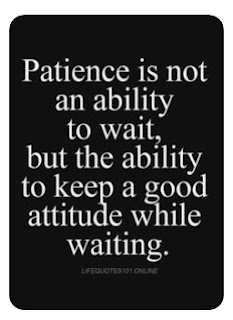 In the meantime, dig out a new project (just because we're allowed during this situation) or dig out a UFO. Or if you're really insane, use the time to declutter or tidy or why not do both because you might get bored of one or the other. I do have a couple of pictures to share with you that Elle sent to me. I'm going through e-mail today. If you have pictures of your projects that you want to share, I'll be happy to post them along with my stuff!!

Have a super day!!!  Stay healthy and wash those hands!!!

Ciao!!!
Back to News
Use left/right arrows to navigate the slideshow or swipe left/right if using a mobile device