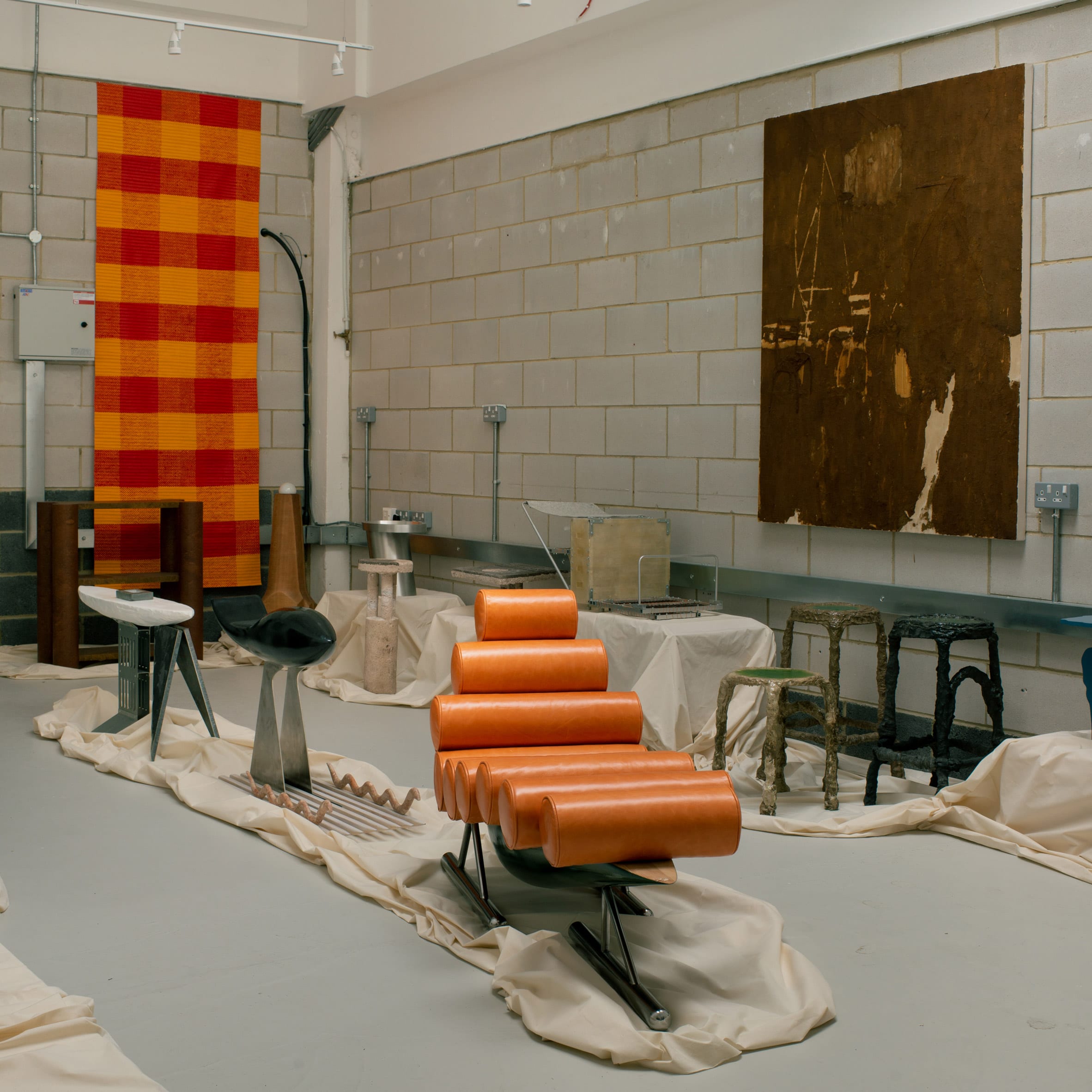 The Radford Gallery's debut exhibition brings together a series of work on fringes of design, art and craft that the curator found on Instagram.

"The key part of this exhibition for me had always been for people to see work in real life that otherwise they would only see on their Instagram feed," said Radford Gallery founder Max Radford.

"When people came to visit the show they would ask if they could sit on or touch the pieces and often seemed surprised when the answer was yes," he told Dezeen.

Founded in 2020, The Radford Gallery put out an open call for its debut exhibition, Uncommon Found, after recognising a lack of shows of its kind in London.

"The Gallery came into existence as myself and some Instagram, now real life, friends would be prowling peoples pages looking at all this amazing tactile work being made on the boundaries of art and design but you never got to see it in the flesh, only the perfectly angled Instagram image," said Radford.

"We knew the work was being made here but there didn't seem to be the gallery structure to show it, so we decided to do it," said Radford.

"I was already aware of quite a few artists and designers through Instagram but was also aware that the algorithm would only let me see so much... in order to try and reach as many people as possible, we put out an open call."

The exhibition took place at Hackney Downs Studio in east London and although the work did not share a common theme, the 19 designers presented functional, interactive and sculptural pieces to be physically seen, used and touched.

A four-layered chair by set and furniture designer Jaclyn Pappalardo was upholstered in tones of ecru while Eduard Barniol created a striped-sock wearing, four-legged side table crafted from branches that were stripped of bark.

"I am particularly fascinated by the process behind Rashmi Bidasaira's 'Dross' Collection where she has been able to use the waste product of steel production to create a new material to make her works out of with the pieces themselves having a beautiful form," said Radford.

"Also Nicholas Sanderson's cardboard pulp-based 'History of a Future' series of stools, where the pulp has been coated around a found stool to transform them into ethereal objects."

Shaped like, and etched with ornate imagery from pieces of found porcelain, a trio of plywood chairs by Katy Brett combine the decorative style of the arts and crafts movement with fragmented, primitive forms.

Radford told Dezeen that the title of the exhibition came from an amalgamation of the wide array of works presented at the show as well as the 2013 British Land Exhibition, Uncommon Ground.

"The title for the show is a bastardization of the British Land Art exhibition Uncommon Ground from 2013 by the Arts Council," he said.

"The show had a profound effect on my own practice at the time and has always been at the back of my mind. 'Uncommon Found' seemed like a perfect title to sum up the width and breadth of works we were showing."

Uncommon Found is the first of a series of cultural collaborations between Max Radford and Hackney Downs Studios.

The partnership stemmed from both Radford and Hackney Down Studios' shared interest in providing a platform to showcase grassroots and local design talent. Works exhibited in the show can still be viewed by appointment via the gallery.

Founded in 2020 by Max Radford, The Radford Gallery aims to forge an honest, democratic and supportive space for makers and emerging artists.

Photography is by Genevieve Lutkin.