This Is Halloween: 20+ Little-Known Facts about the Spookiest Holiday

Although your kids might think otherwise, Halloween isn’t just about the candy! We caught up with some of our favorite folks from Ireland to share the origin stories of our spookiest holiday. Read on for some cool traditions you can incorporate into your family traditions this year. 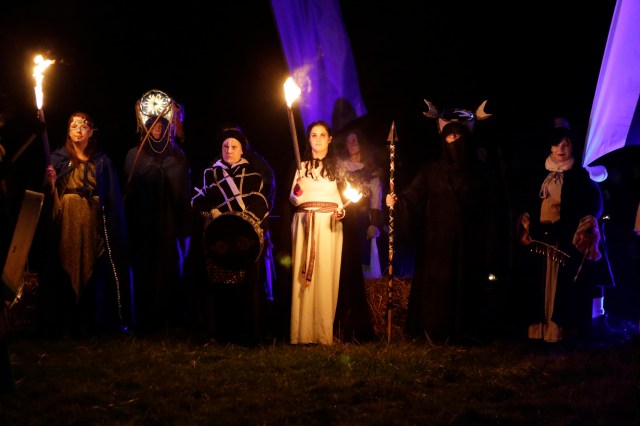 Halloween began over 3,000 years ago as the Celtic festival of Samhain, pronounced sow-in. Say it out loud and you'll be able to hear the connection to the modern word Hallow-een.

When the Christian holiday of All Hallow's Eve arrived in the 5th century, which took place around the same time of year, the practices began to merge and the more common term became Halloween.

Samhain marks the end of the harvest season and a transition into the darker months of winter, the Celts believed that this was a time when the worlds of the living and the dead could interact, and spirits could move between the worlds. 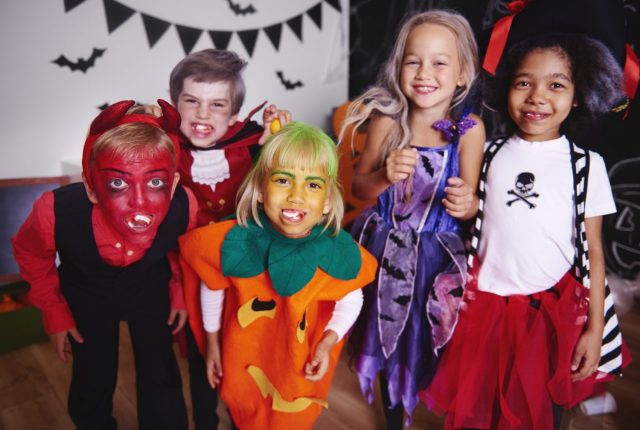 Walk Among Us: The Tradition of Costumes

In order to avoid being tricked or taken into the Otherworld (aka the world of the dead) people would disguise themselves as spirits like ghosts, fairies, witches, demons and goblins.

Ancient celts would frequently don animal skins and other elaborate outfits. These costumes would cause confusion and allow the living to walk among the spirits without harm. This is where our tradition of dressing up on Halloween comes from! 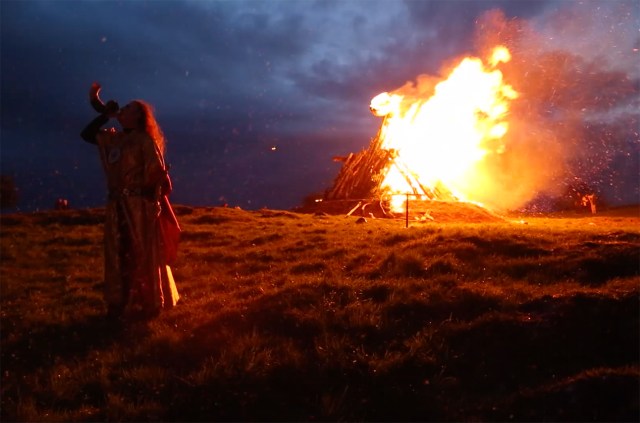 Light It Up: Bonfires

Bonfires are lit on the hillsides to mark the holiday, a tradition that still is popular today in Ireland. Traditionally a Samhain bonfire was a place where clans and communities would gather together to celebrate.

Recent archaeological excavations have suggested that Tlachtaga, or the Hill of Ward, (in present day County Meath) was used for feasting and celebration over 2,000 years ago. There is also documentation in manuscripts that it was thought that the fire from this hill was used to rekindle all of the fires in Ireland. 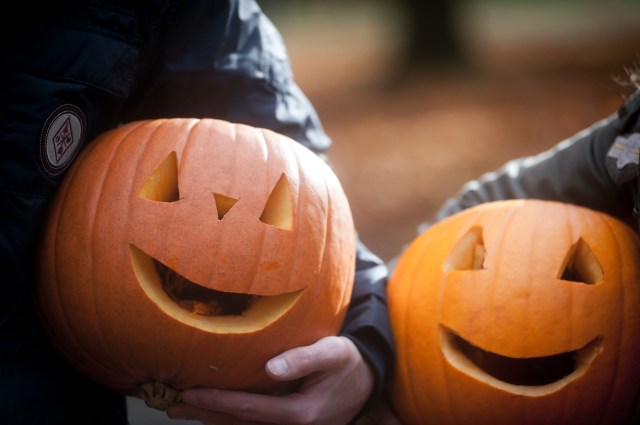 The tradition of carving pumpkins also has its origins in Ireland. While pumpkins are indigenous to the Americas, the Irish carved turnips and large potatoes into the original jack-o'lanterns.

Why the name Jack? Many believe it's because of the story of a man named Stingy Jack, who tried to trick the Devil. He did not succeed and in punishment, he was doomed to wander eternity with only a turnip with a single ember to light his way.

Some believe that the single ember to light a jack-o'-lantern came from the Samhain bonfire and brought good luck to the household. It was placed inside a turnip and carried to the hearth to light the first fire of the Celtic New Year (Nov. 1). 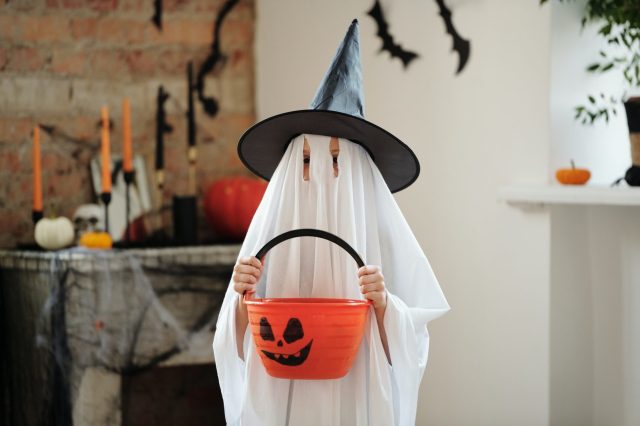 The practice of going door to door and asking for candy has its roots in this tradition:
On the night of Samhain, or in preparation for the big bonfire, children and the poor would go door to door to ask for donations for the celebration: food, kindling for the fire, or money.

In exchange, they would sing songs and offer prayers for the dead. Often they were given a traditional food called a soul cake: a flat fruit cake. The tradition was known as souling. 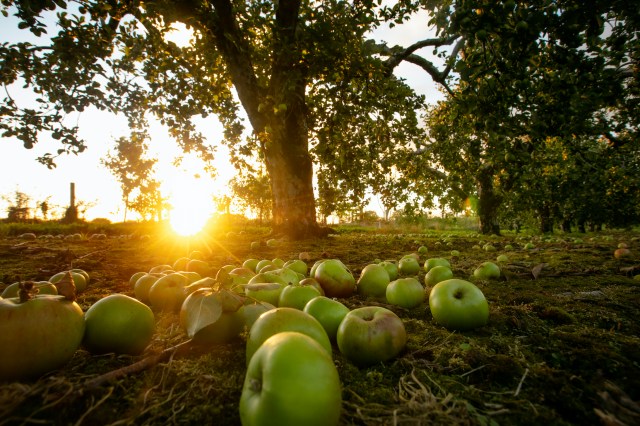 Feasting was a traditional part of the Samhain celebration, and foods included were those that were in abundance at the end of harvests, such as nuts, apples, grains, poultry, beef, pork and squash.

Eventually, Samhain merged with the Christian practice of All Hallow's Eve (to create Halloween) and the day before became a day of fasting and preparation.

Part of the fasting was to eat no meat, and so vegetarian fare became the norm, including the use of apples, squash, turnips and potatoes.

The classic Irish potato dish colcannon became part of a long-lasting Halloween recipe tradition, along with fadge (an apple cake) and barmbrack. 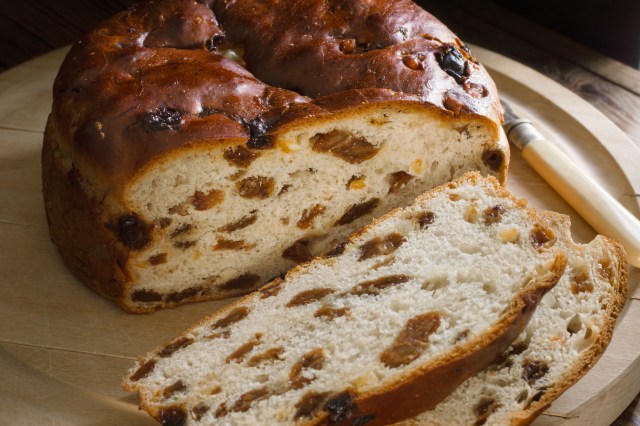 Barmbrack is a sort of fortune-telling cake that has trinkets or coins baked into it. What you get in your slice could predict what your new year holds. You can find a recipe here (caution should be used when serving this type of cake as there are small pieces that could be hazardous to young kids, so use sound judgment here).

Common items found in barmbracks include a ring (marriage), a coin (wealth) and a piece of cloth (bad luck).

In some places, you'll find other unique items, including a stick (an argument), a thimble (independence) and a button (bachelorhood). 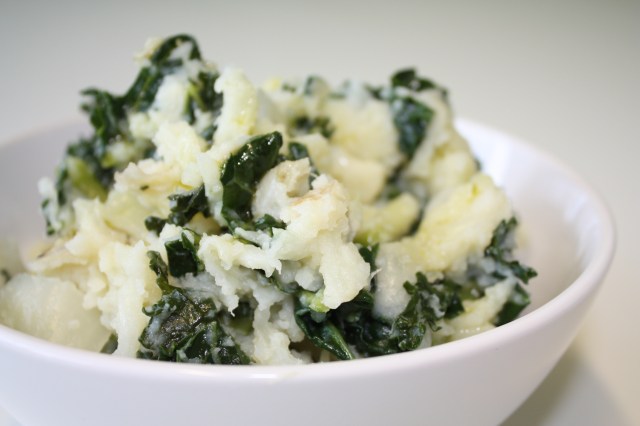 Is That a Love Spell in Your Colcannon?

Colcannon, a beloved Irish dish of potatoes and cabbage, isn't just for warming your belly.

If you were single and seeking a spouse, you would make colcannon on this magical night with similar symbols to barmbrack: a ring was marriage, thimbles a life of living solo and coins were wealth.

If you were unmarried, you may be sent into the garden to pick the cabbage while blindfolded. Then the colcannon was made with that chosen cabbage, and a single ring was added. Whoever found the ring would be next to marry.

One legend tells of putting the first and last spoonful of colcannon into a sock and hanging it on the door. The first (single?) person to walk through that door would be their spouse.

A special thanks to ireland.com for imagery and information!

Not-So-Spooky Ghost Stories to Tell with the Kids