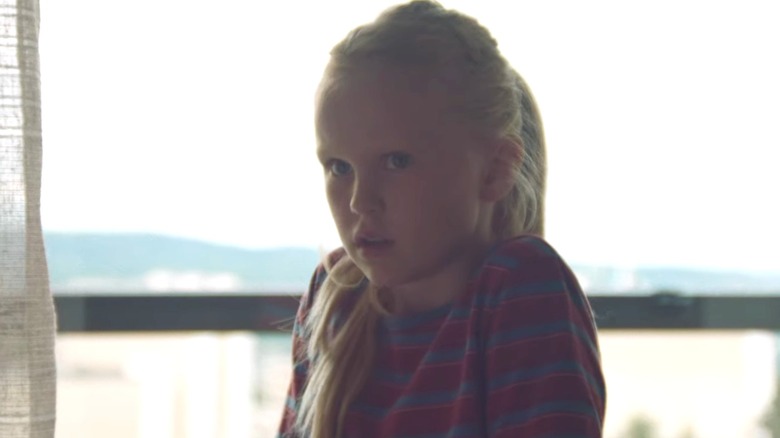 A dark drama from one of the writers of "Thelma" has just dropped its trailer, and it looks extremely unnerving. The Scandinavian film "The Innocents" played at Cannes and Fantastic Fest -- earning a Best Direction award for filmmaker Eskil Vogt at the latter -- and now it's set for a May release with IFC Films.

"The Innocents" (aka "De uskyldige") follows a group of young kids who secretly begin exhibiting superpowers during shared playtime. The trailer is effectively creepy, reminiscent of super-powered kid stories like "Carrie" and "Firestarter." The footage we see isn't overly explanatory, which tracks given that we called the film "quiet and confident" in our review. Instead, the most dread-inducing parts of the trailer are presented as wordless imagery: the crackling snap of a bone, a bleeding hand grabbing a shard of glass, and a stick that becomes a black snake.

A Dark Twist On Children's Playtime

This movie looks freaky thanks in large part to an angle that sets itself apart from other creepy kid fare. This group, it seems, develop their powers together on the playground, but only when their parents aren't watching. If you've ever been a kid on a playground, you know that some serious stuff can go down there, and that dynamics can change in an instant. Just as "Yellowjackets" makes the bloodthirstiness of teenage girls literal, "The Innocents" seems to aim to make the creative impulses of unsupervised kids appropriately scary.

In one scene, a boy makes his new friend hold up a thick branch, then breaks it with his mind. In another, dirt and pebbles vibrate around the sock-and-sandal ankles of a little girl as if she's Eleven from "Stranger Things." The kids still ride bikes and play with toys, but they also seem to escalate to hurting one another. Dangerous powers have been used as a metaphor for teens going through puberty for decades, but what does it mean to give super-young kids with an unformed view of the world that level of power? What power structures will emerge among these elementary-age kids when they're suddenly capable of doing anything they can dream of?

It's an interesting creative question, one Vogt, who co-wrote supernatural coming-of-age movie "Thelma" with Joachim Trier, seems perfectly positioned to explore. The filmmaker has also penned acclaimed projects like "Louder Than Bombs" and "Oslo, August 31," plus this year's non-English language Oscar frontrunner, "The Worst Person in the World."