The Gear That Won the Leadville Trail 100 Run

It’s renowned for being the highest-elevation centennial race in the world and draws athletes from all corners of the globe to compete. Scaling peaks, circumnavigating alpine lakes, cresting passes, crushing miles — this is what it takes to win the Leadville 100.

This year, both of the Leadville 100 winners live in Colorado, both of them finished over 40 minutes ahead of second place, and neither one of them had ever run the Leadville Trail 100 Run before. Talk about rookie luck.

The internationally famous high-country centennial race, presented by La Sportiva (and owned by Life Time), took place the weekend of August 21. And Annie Hughes, 23, and Adrian MacDonald, 32, absolutely crushed it.

When the race was finally over and the finish-line champagne finally popped, we were left wondering: What kind of gear had taken Hughes and MacDonald all the way?

We called them to find out.

Adrian MacDonald took the lead at the 50-mile marker, and he never let go of it. The Boston native turned Colorado endurance-athlete crossed the finish line 40 minutes ahead of second place. MacDonald is part of the Fort Collins Running Club, and he’d been competitive in college — but he’d never tried a centennial race before.

And shortly after winning the Mount Evans Ascent, he thought, “Maybe I should give the Leadville Trail 100 Run a try.” So he entered (since he’d already qualified) and then he swept the competition.

MacDonald is unsponsored — as of this writing — and told GearJunkie he’s looking for a brand that would get behind him. As things were, he won the Leadville Trail 100 Run in the gear he always runs in. Here’s the rundown: 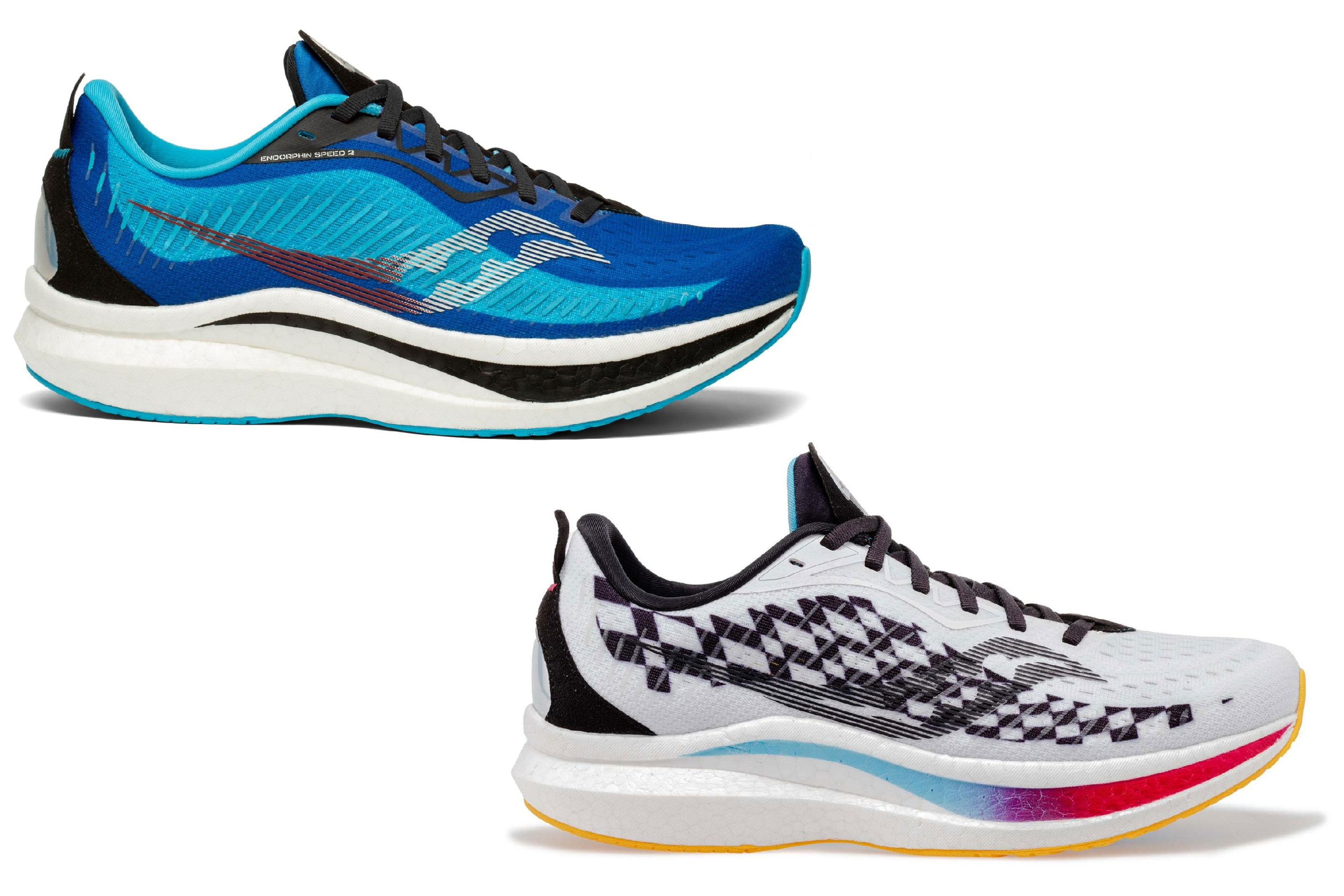 Weighing just 7.5 ounces, this nylon-plated racing shoe isn’t technically built for trail running. But that didn’t stop Adrian MacDonald from wearing them all 100 miles of the race. And he would do it again, he says.

“I bought them to do workouts in and I really liked them,” MacDonald said. “So I’m like, ‘hey, I kind of want to run the race in these.’ So then I took them out on some trails here in Fort Collins and they did fine.”

The Endorphin Speed 2’s ($160) PWRRUN PB cushioning, the speed roll, and snug-fitting heel worked great for MacDonald, and he decided to run the race in them regardless of their label.

“Just because it’s labeled as a certain type of shoe doesn’t mean that’s all it’s good for.” 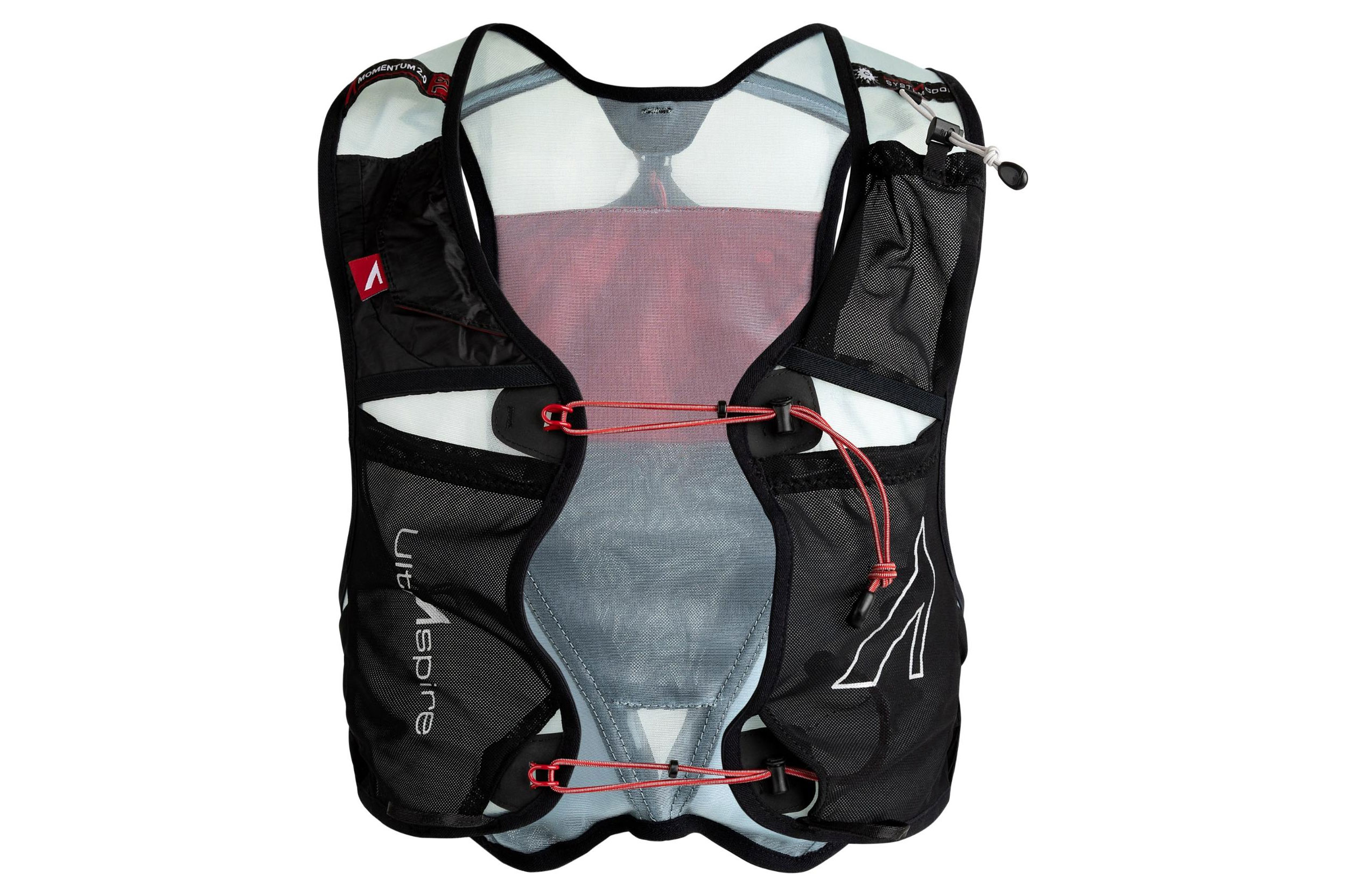 Unlike most hydration vests, the Ultraspire Momentum 2.0 ($89) doesn’t hold water bottles on the racer’s front — it holds them against their back. Which is MacDonald’s favorite aspect of this vest.

“I didn’t like the ones that held water in front because they bounced too much,” MacDonald said. “And I don’t like handhelds because I feel like it makes my arm tense up, which leads to my whole body feeling tense.” 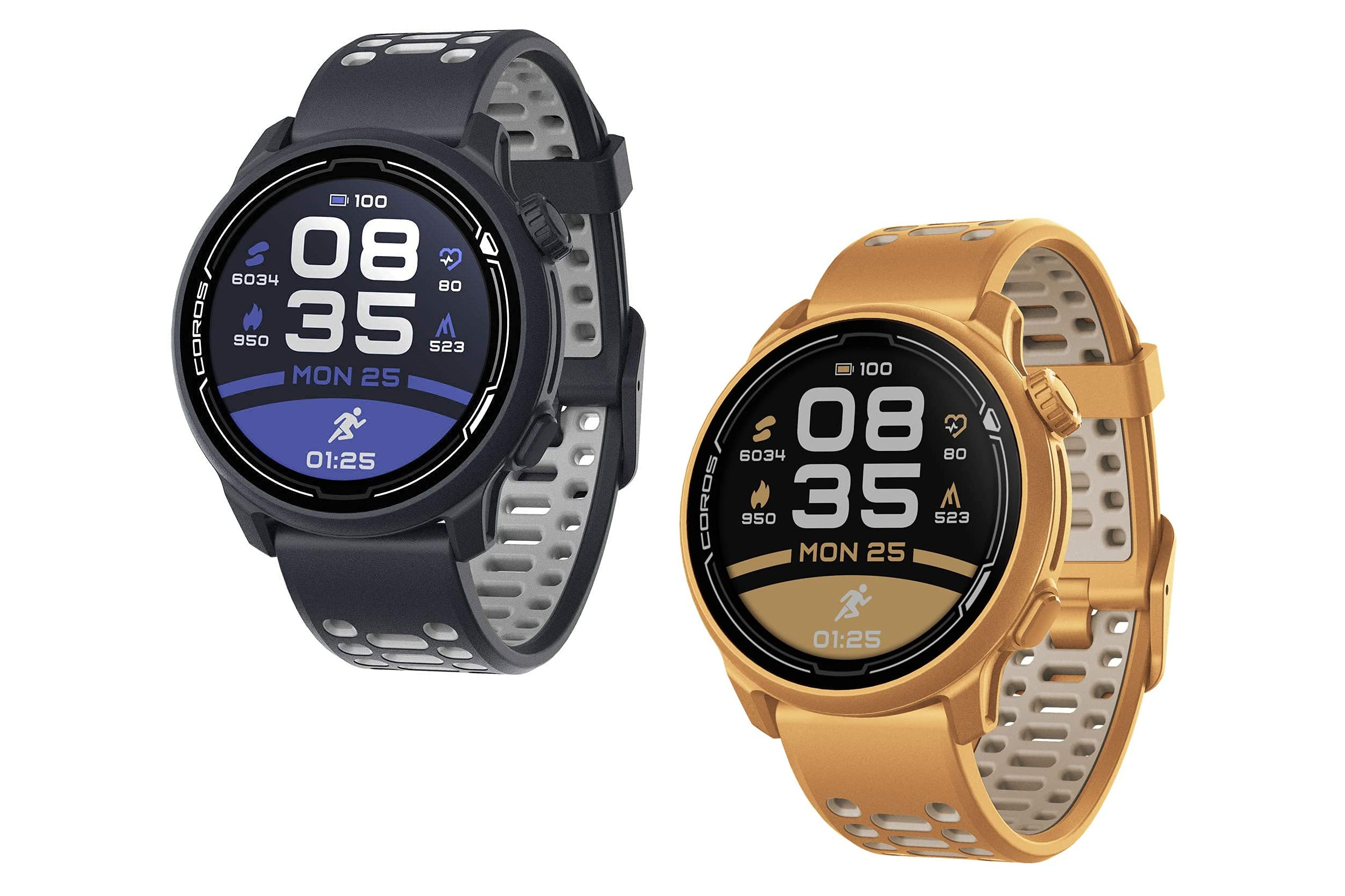 Every great runner needs a great running watch. Even if they only use it to tell snack time.

“I just set it up to buzz every 30 minutes and that’s when I would eat something,” MacDonald said.

The Coros Pace 2 ($199) features a one-and-a-half times more powerful processor than its predecessor. And it has five times more RAM and four times more storage. But MacDonald picked it because of its battery life.

“I was just looking around for one that would last the whole race and the Coros was sort of the cheapest one,” MacDonald, who (again) is looking for sponsors, said.

MacDonald says that if he were to give any advice to prospective centennial race runners, he’d tell them, “Use whatever gear feels good to you, and don’t compromise for something that’s ‘supposed’ to work.”

“I have a hard time recommending gear or anything like that, because I sometimes make some risky choices,” he said. “Just find something that works for you and not necessarily what something is labeled as.”

Annie Hughes is a Leadville local and actually works for the Leadville Race Series. Perhaps not surprisingly, in high school and college, Hughes ran cross-country but eventually quit the team to start trail running solo.

“I was burned out on competition,” Hughes said, “[and] didn’t think I’d ever run a race again. I was like, ‘I don’t want to compete, I just wanted to enjoy the trails.’”

And enjoy them, she did. Until she found herself running a 5K in Moab at the behest of her friends. And then running in the Silver Rush 50-mile race in Leadville, which she took third in. Then, in August of 2021, she made history, becoming the youngest female to ever win the Leadville Trail 100 Run.

Hughes took the lead early and held her position in first for a full 76.5 miles, finishing at 21 hours 6 minutes and 58 seconds — a full hour ahead of second place. Here’s what she was wearing: 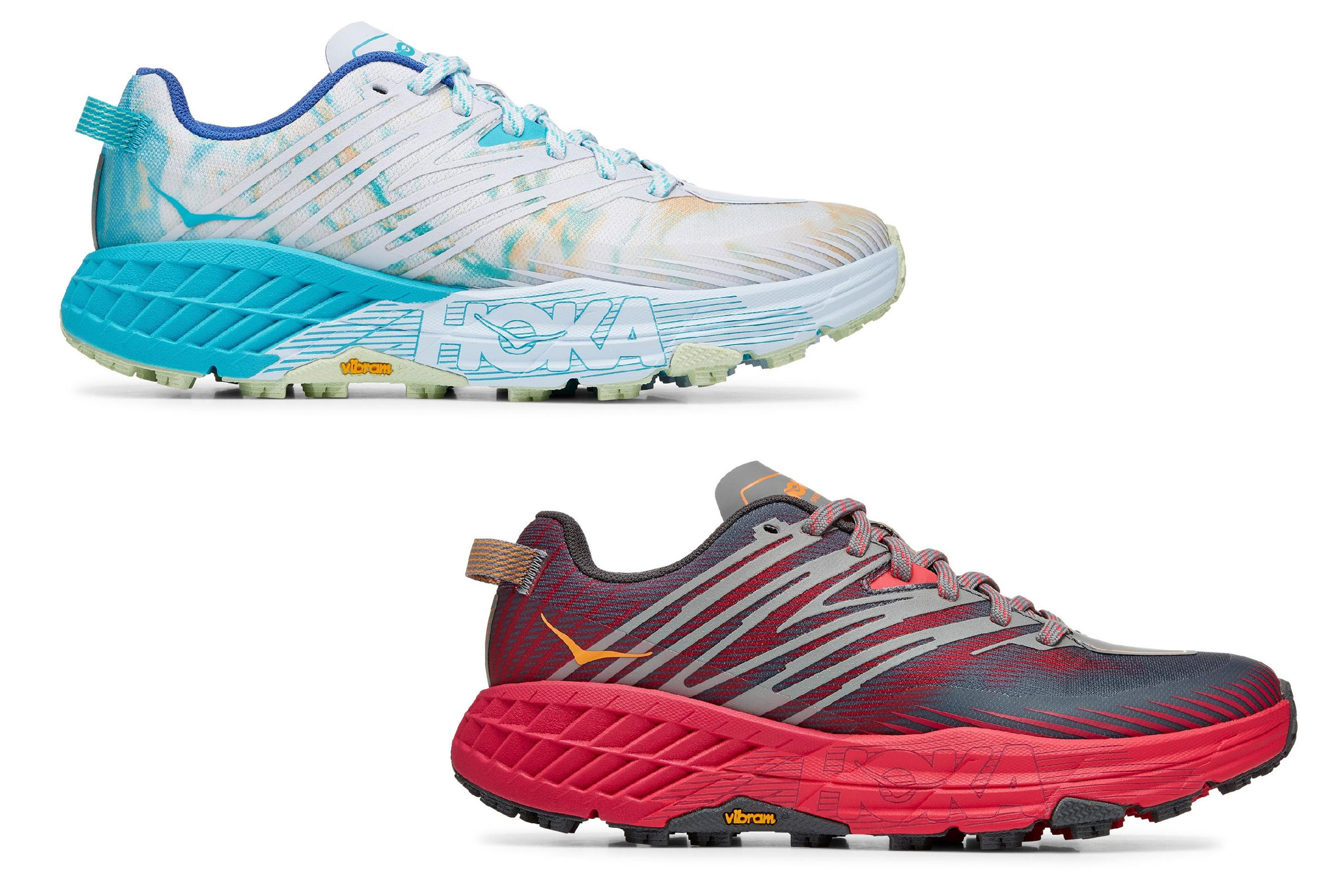 Hughes is sponsored by HOKA, which she is particularly excited about, because they were running products she already used.

“HOKA sent me a bunch of different shoes to try, which was fun,” she said. “But I really love the Speedgoat 4 ($145), and so I ended up asking them, ‘can you just send me more of these?’”

The award-winning Speedgoat family of shoes is known for being super-light, supportive, and perfect for making quick work of technical terrain. It’s grippy when you’re running uphill, and secure when you’re coming down.

The gusseted tongue and mesh upper make it extremely breathable. The Speedgoat 4 is the most comfortable iteration of the shoe so far, with an expanded toebox for a more accommodating fit.

“That’s the only shoe I run in. And I had two pairs because we go over that creek crossing at Twin Lakes,” Hughes said. “It was really nice to be able to change my shoes for the way back.” 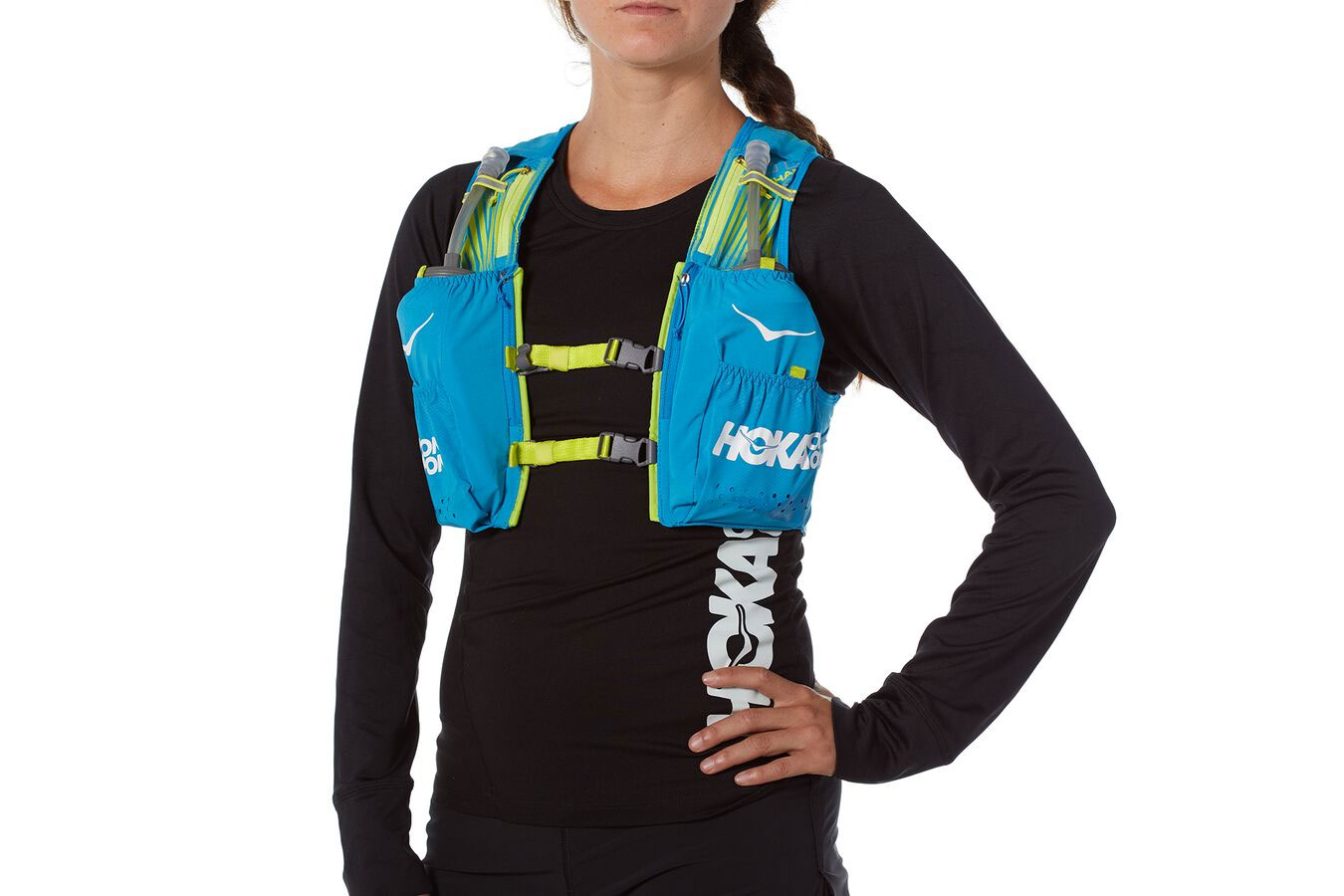 HOKA partnered with running company Nathan Sports to make this 8L running vest. The vest itself is very lightweight and has tons of space in its zippered pockets. It holds three 18-ounce insulated soft flasks (two in front) and has a large, easily accessible storage compartment in back.

“I was using that as my pack and it was really comfortable — it has tons of pockets and I loved that,” said Hughes.

Check Price at HOKA ONE ONE 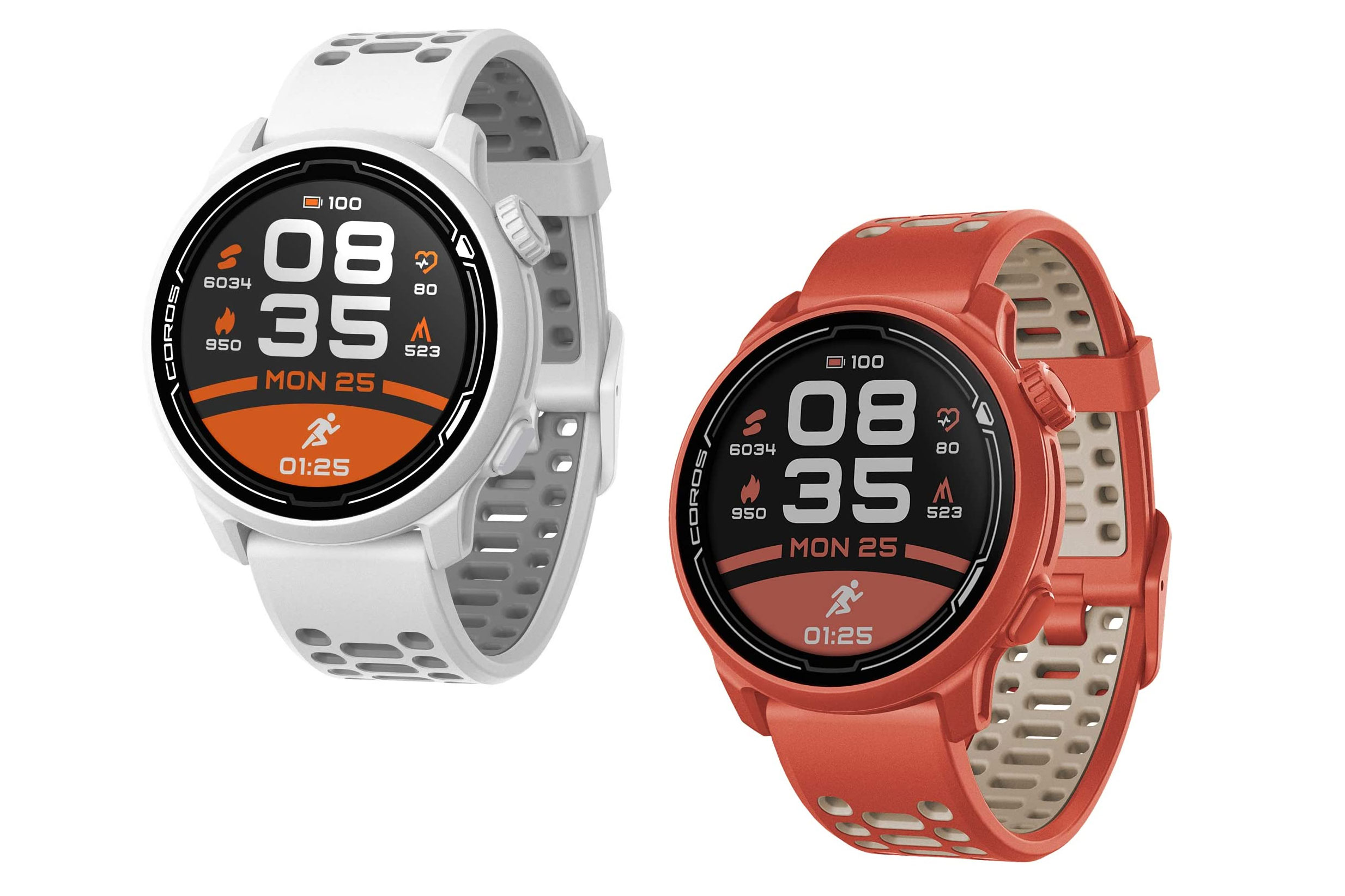 It can read your heart rate, and it’s got expanded memory, a GPS, barometric altimeter, and built-in power metrics. But Hughes, much like MacDonald, chose the Coros Pace 2 ($199) because she wasn’t going to have to worry about it dying on her midrace.

“The battery life is super long; it lasts over 24 hours, so I didn’t have to charge my watch at all and that was awesome.” 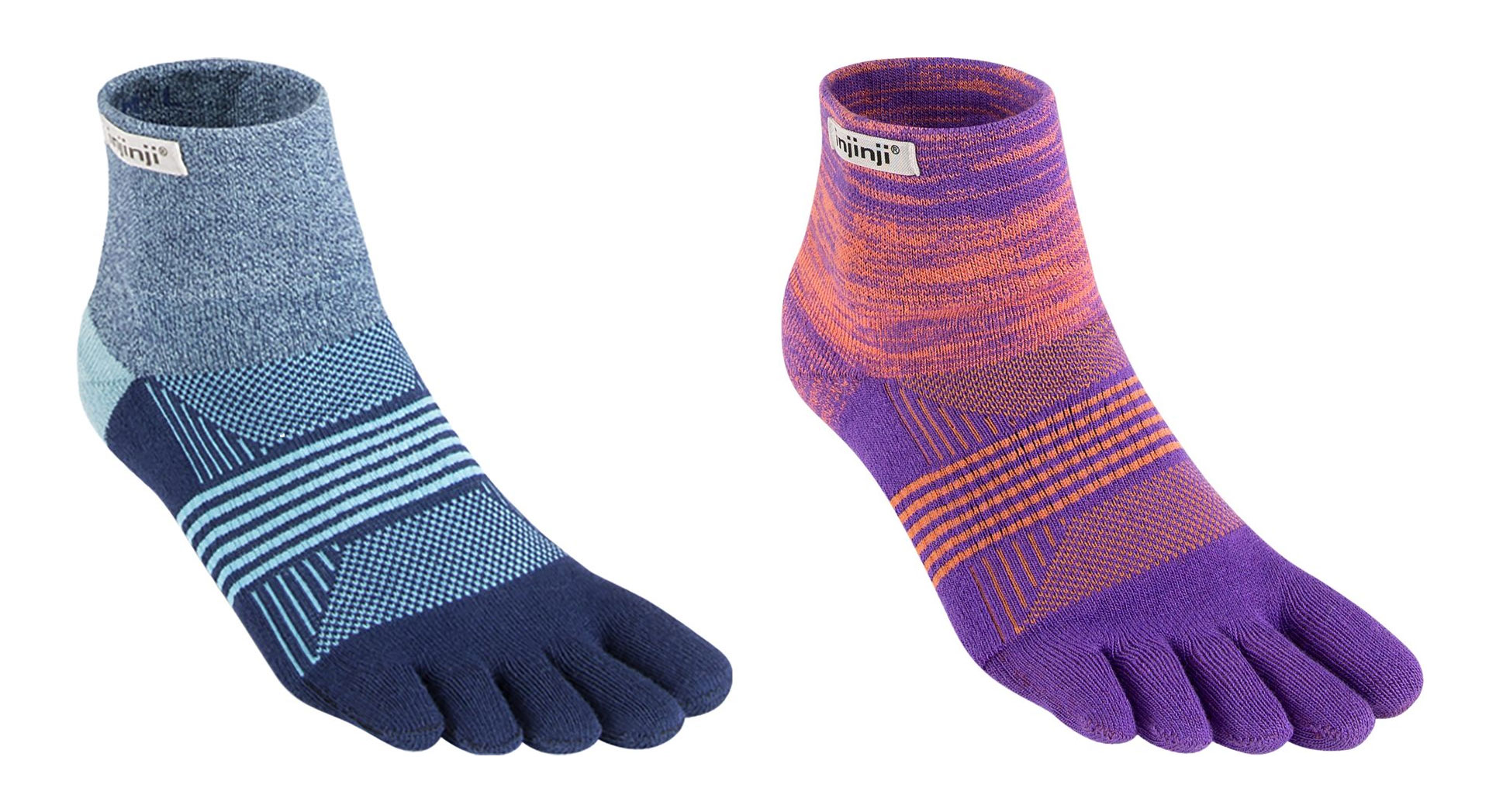 Toe socks don’t just look awesome; Hughes says they’re actually really functional when you’re trail running. “I think they help with blisters just because there’s some friction between the skin of your toes, and toe socks help with that,” she says. “I always swear by toe socks.”

Hughes knows that blisters can end a race early, no matter how hard you’ve trained. Which is why she’s so particular about her HOKA shoes and Injinji toe socks. But, she’s got another tip that could help hopeful Leadville 100 runners in the future: Squirrel’s Nut Butter.

“I always put Squirrel’s Nut Butter all over my feet, and then put on my toe socks, and I never have blisters,” she said.

A short and sweet weekly wrap-up of top news in exploration and adventure. Here’s what you missed, and a few things to look forward to. Read more…

The post The Gear That Won the Leadville Trail 100 Run appeared first on GearJunkie.