On 04 March 2022, I posted an appeal on Bored Panda to help Ukrainian animal shelters get aid for their animals. You all came through with so much to give! We were snowed under with offers of help from the transportation of animals, shipments of food, adoptions, volunteering and funds, of course.

Since then, Red Shed has been able to support multiple shelters in Ukraine, getting them food, veterinary care, shelter supplies and more.

In the photos below, you will see your funds in action. From helping to provide food for the shelter animals to funding emergency vet treatments and then evacuations across multiple borders, I don’t think you understand just how much your support has helped thousands of animals.

Please know that while the war is far from over, Red Shed could not have done all of this without the support from all of you Pandas!

From the bottom of my (and Rufus’s) heart – Thank you! 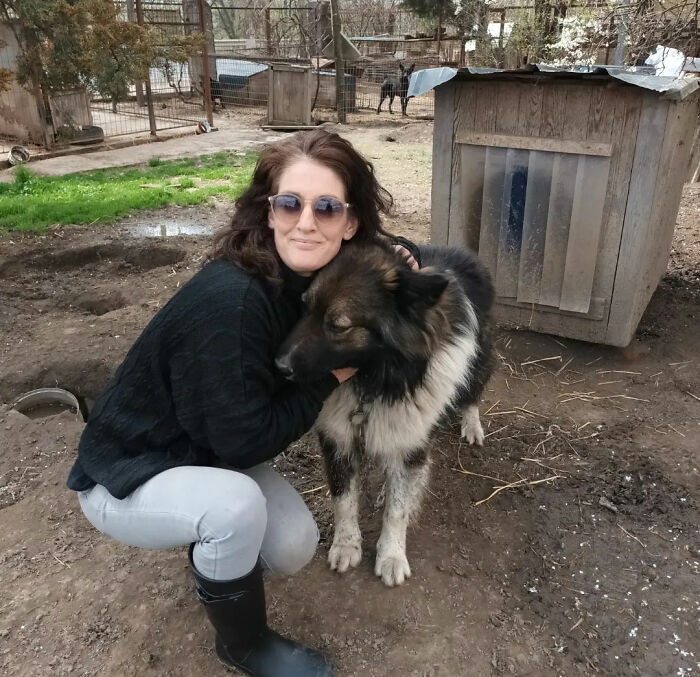 Many dogs were able to be fed because of our support 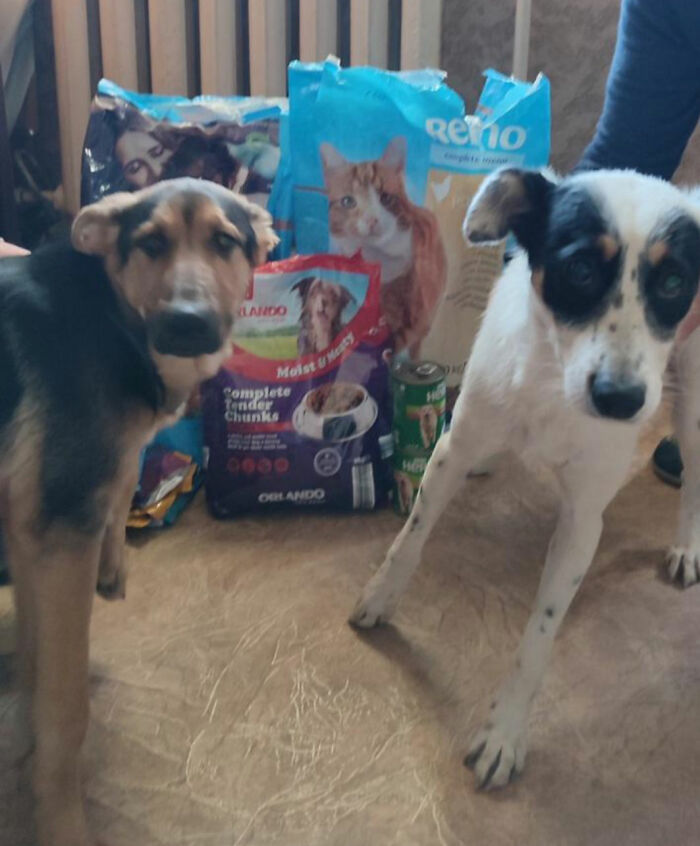 Dog and cat food was purchased and shared with numerous shelters 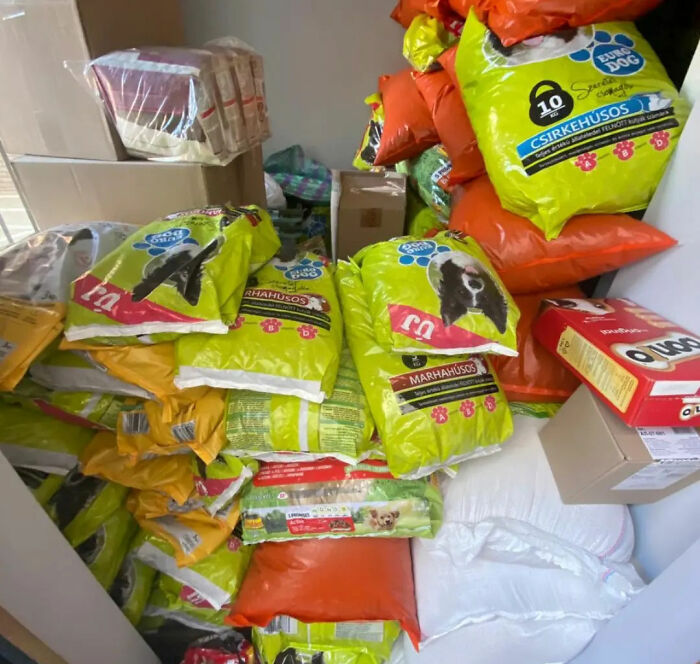 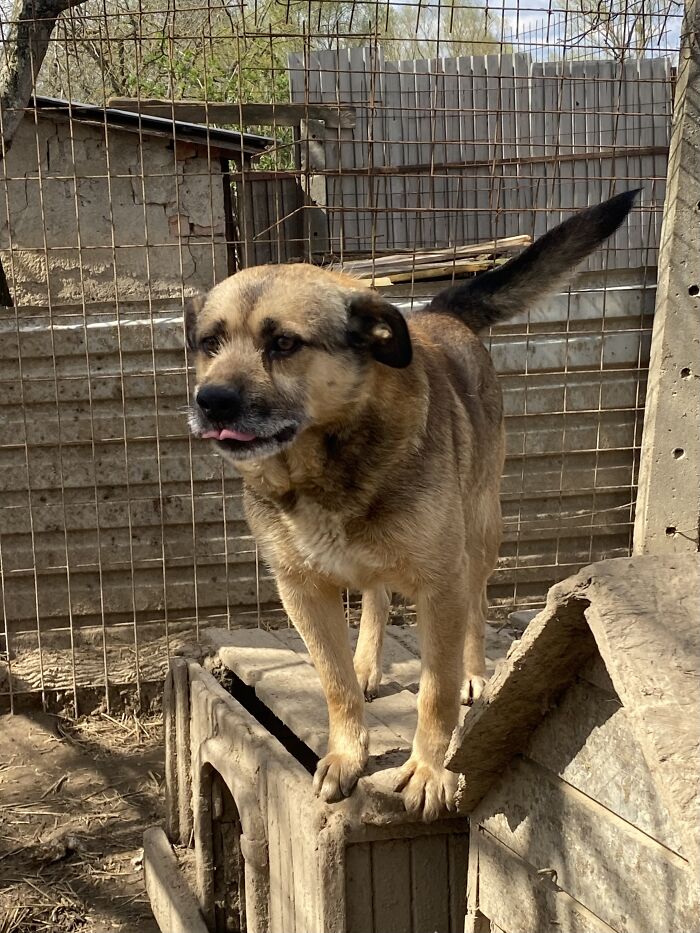 Most people who fled Ukraine didn’t want to abandon their pets, but some animals were either just too sick or elderly to travel or the family was fleeing to an area where they were hoping to reunite again with their pet.

A lot of the shelters in Ukraine and at the borders are having huge difficulty coping! They are stretched with resources and when human food is scarce, the humans will share with the animals to not let them starve.

We don’t get involved in the pet/owner reunions – only the actual shelter animals who have been displaced.

Emergency vet care for animals in need was given 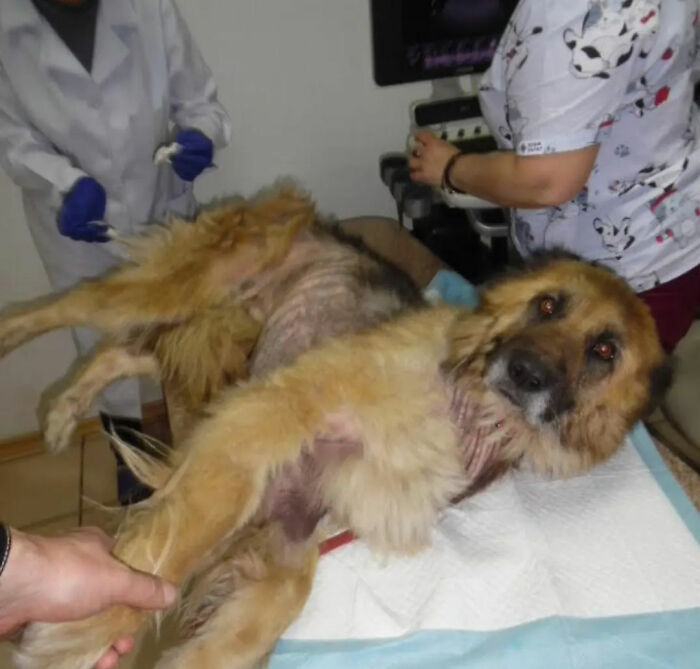 This happy dog after his emergency surgery 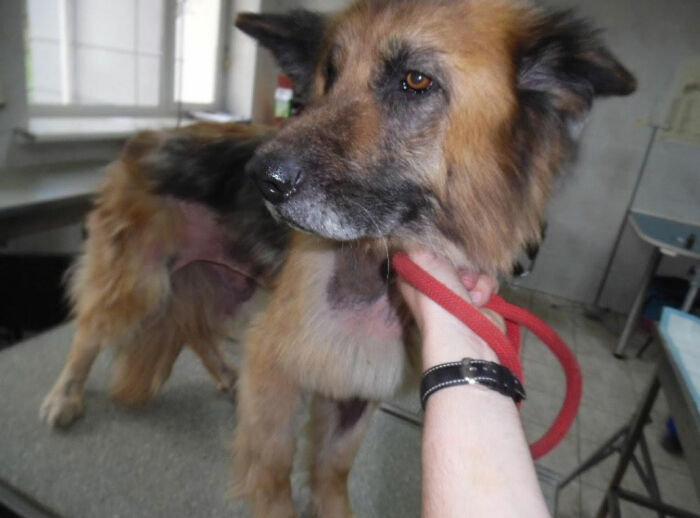 Many animals came to shelters with infections, such as this one had on his paw. He received excellent care 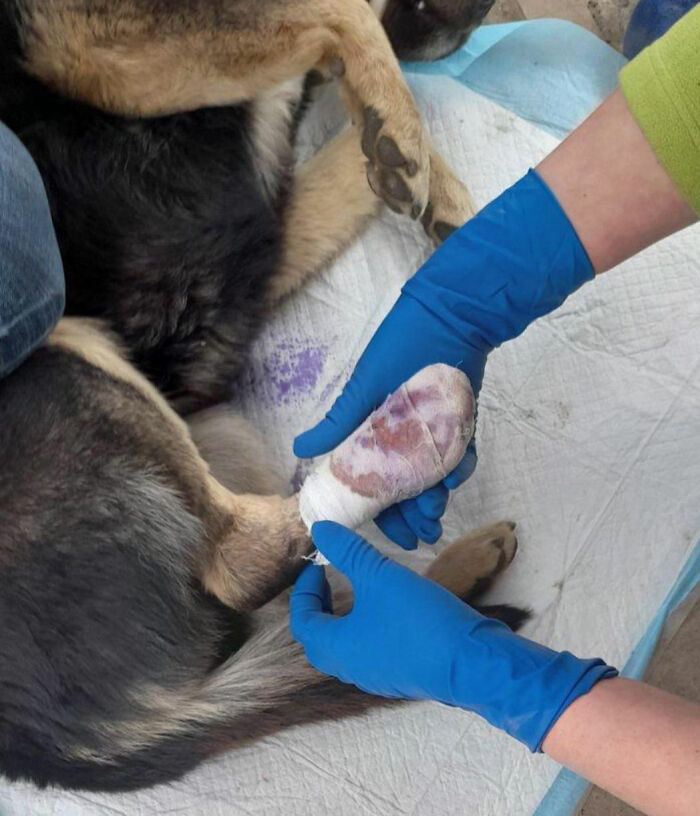 With a little Tigger sock to hold in his bandage 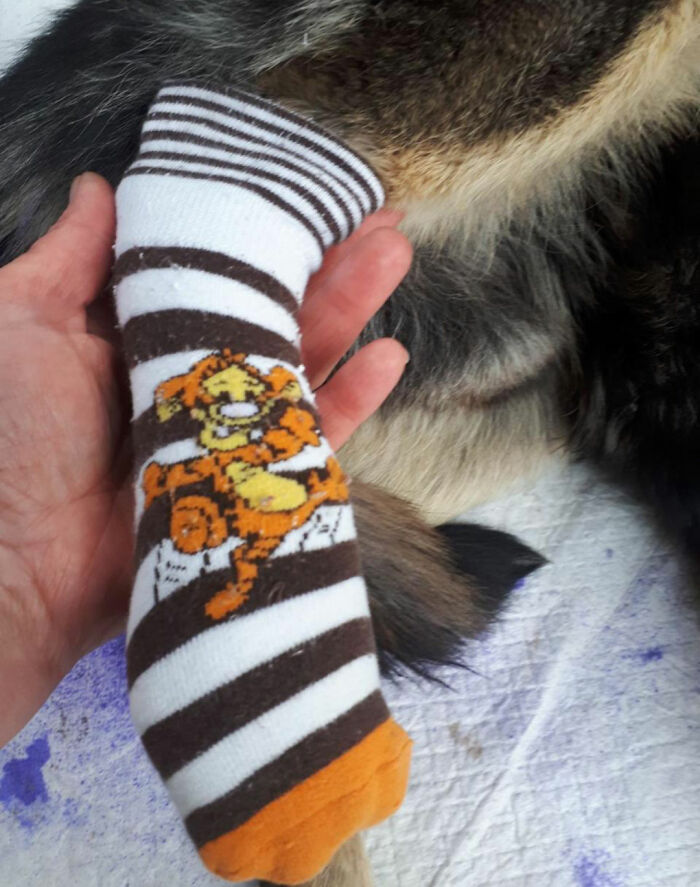 This little guy was very sick when he arrived, but was able to get treatment immediately 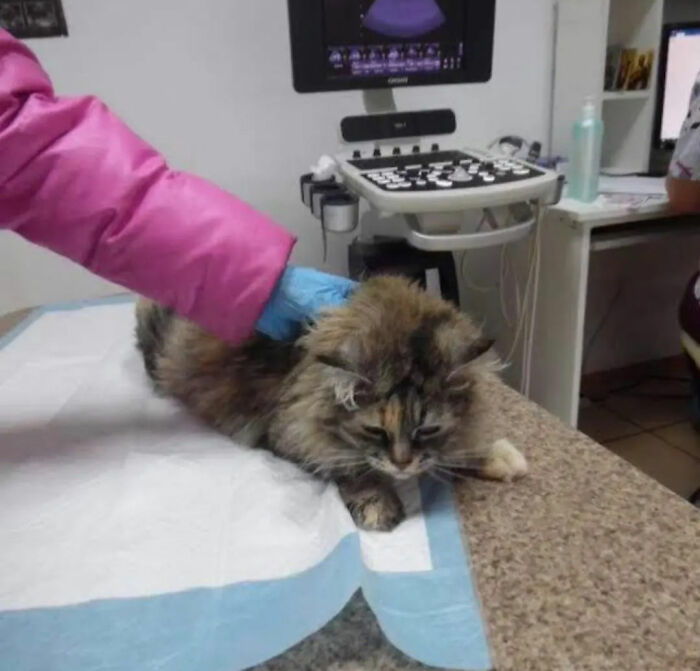 In this video Valentyna from the “Save a Life” shelter in Khmelnytsky, Ukraine talks about the situation with animals in Ukraine

“Save a Life” shelter in Khmelnytsky, Ukraine worked hard to keep the animals calm during air raids and drills. Not only have they been able to support their shelter, but with Red Shed’s help, they have aided many other shelters in Kyiv, Kharkiv and surrounding areas.

Many crates were acquired to help evacuate animals safely 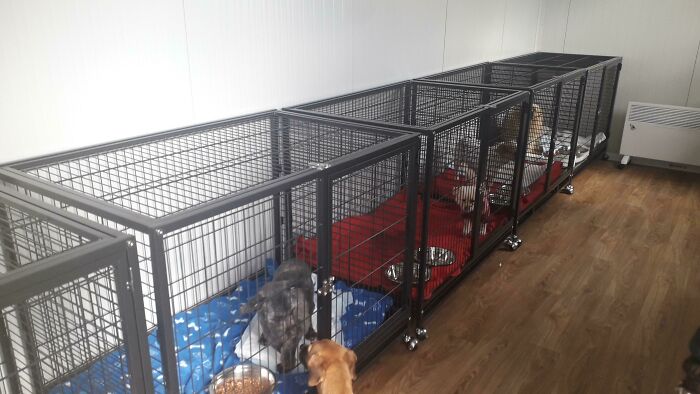 A true number of animals moved across borders is hard to confirm. Zoos and sanctuaries that already have international connections have their figures, but small companion animals (husbandry) such as cats, dogs, horses, hamsters, etc. are harder to confirm.

There have been figures thrown out from 10,000 to 25,000. People for the Ethical Treatment of Animals (PETA) is claiming most of those numbers, but we don’t know how accurate that is considering SPCA’s (local and international) are doing a lot of work on the ground and are still guessing numbers at this stage. This has been due to open borders across the EU for humans and pets – with the early days in March being a “free for all”. 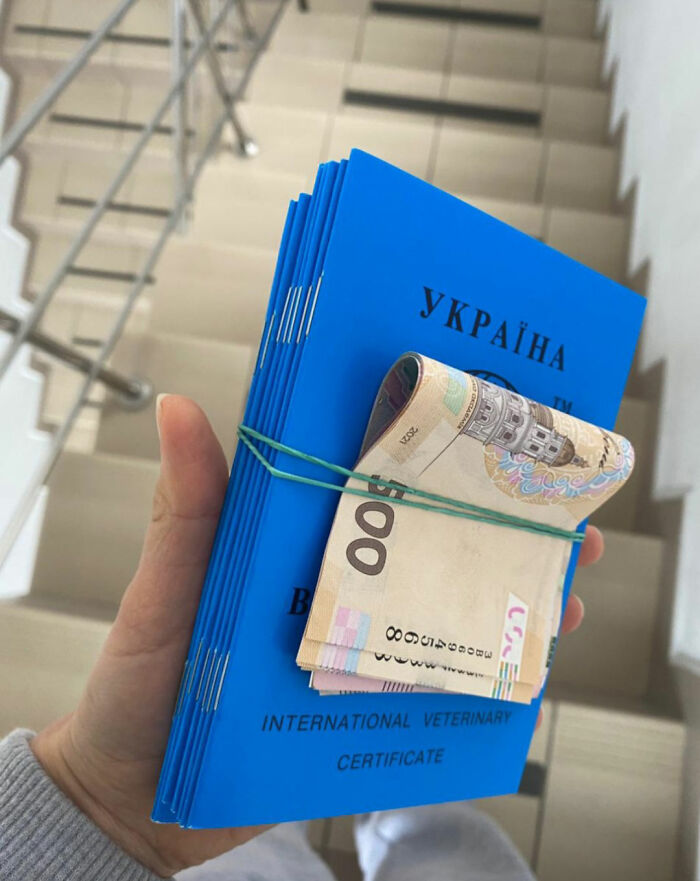 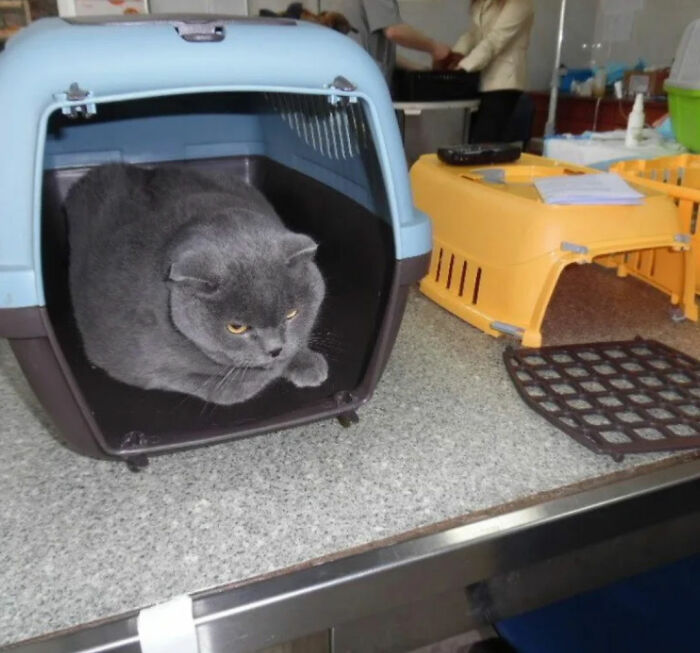 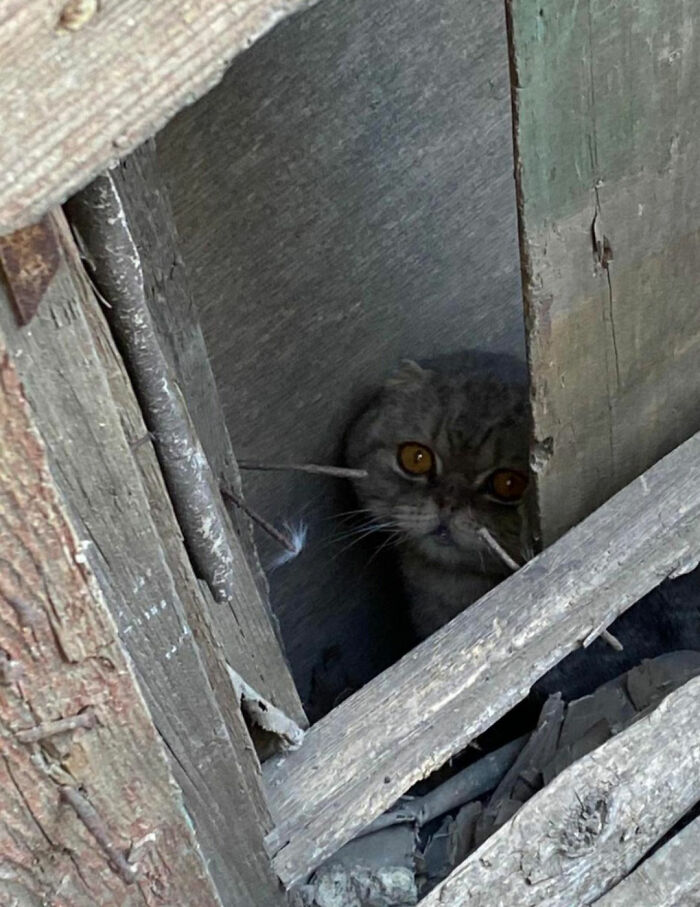 It wasn’t just cats and dogs that were being taken care of. Lots of food and shelter for the horses on the road from Kyiv to the borders 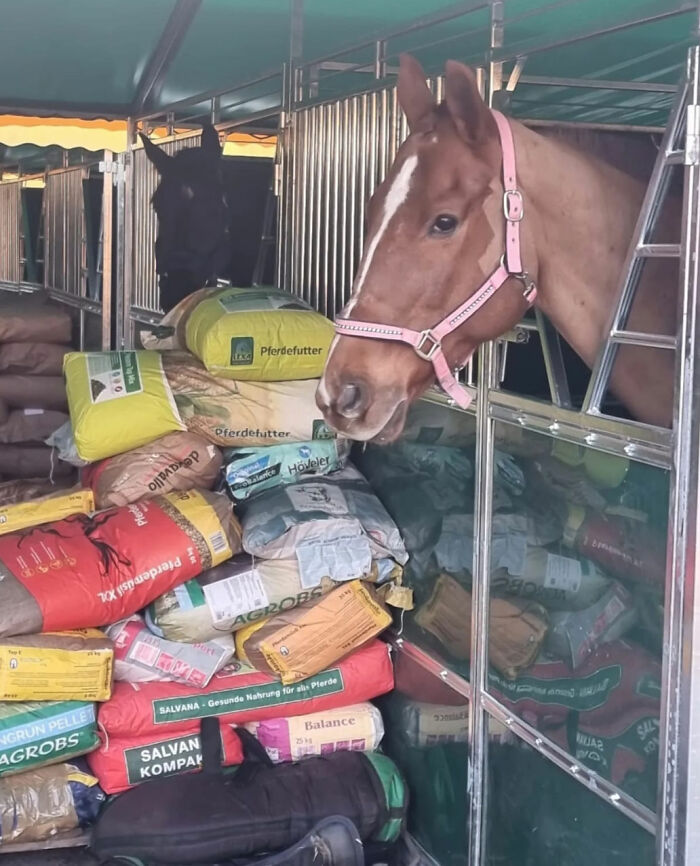 There was a mass evacuation of horses along the corridors as part of the Ukrainian Horse Rescue Mission and Red Shed was able to help make that happen. We were one of the largest European donors of small organizations and the largest one that is based out of Ireland (donated nearly €8k). As of 26 April over 2,000 horses were moved through the corridors.

Thanks from the Horse Rescue Mission Kyiv 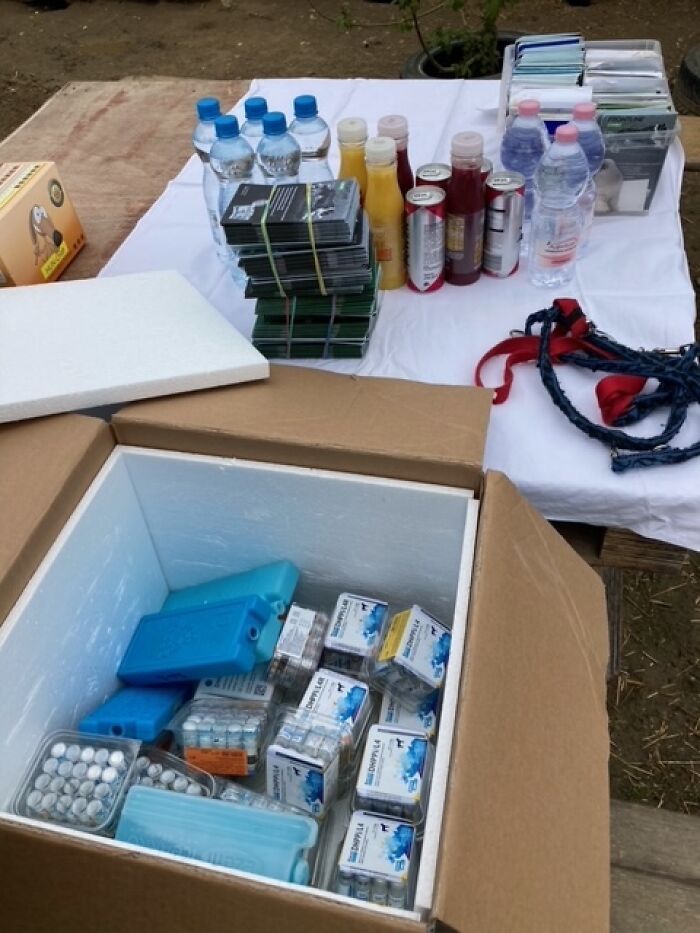 Tamás, the vet, got right to work on treatments and vaccinations for dogs being adopted 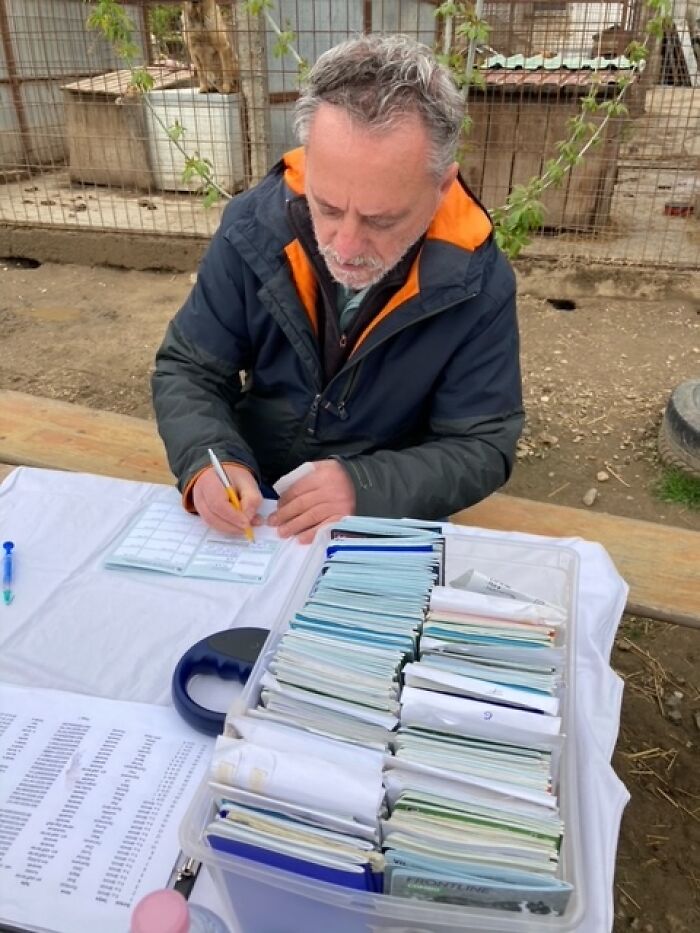 Red Shed covered the costs of all vaccinations, documents, rabies shots, pet passports, micro-chipping, etc. so potential adopters only cover transport fees. We don’t offer adoptions to people outside of the UK or Europe, because the long haul is too much for the animals – I know we’ll have tons of Americans looking to adopt, but unless a wealthy philanthropist wants to donate their private jet to make that happen, I’m not putting the animals through that trauma.

We are looking at doing the UK run first starting the week of 24 May, if possible. Our website has all of the details and online form. You can also check out this video about boys and girls looking for loving homes and new families across UK and Europe.

This little girl was left at the Ukrainian border at a layby. The Hungarian shelter named her Sandy 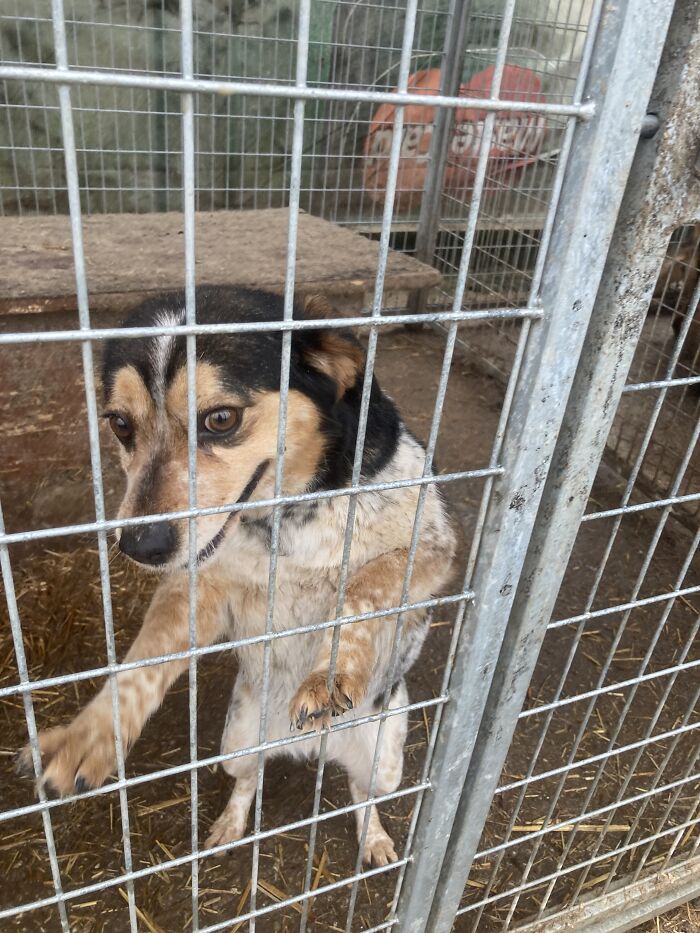 At one of the border shelters in Hungary, over 350 dogs were treated by a vet to help get them adopted across Europe. 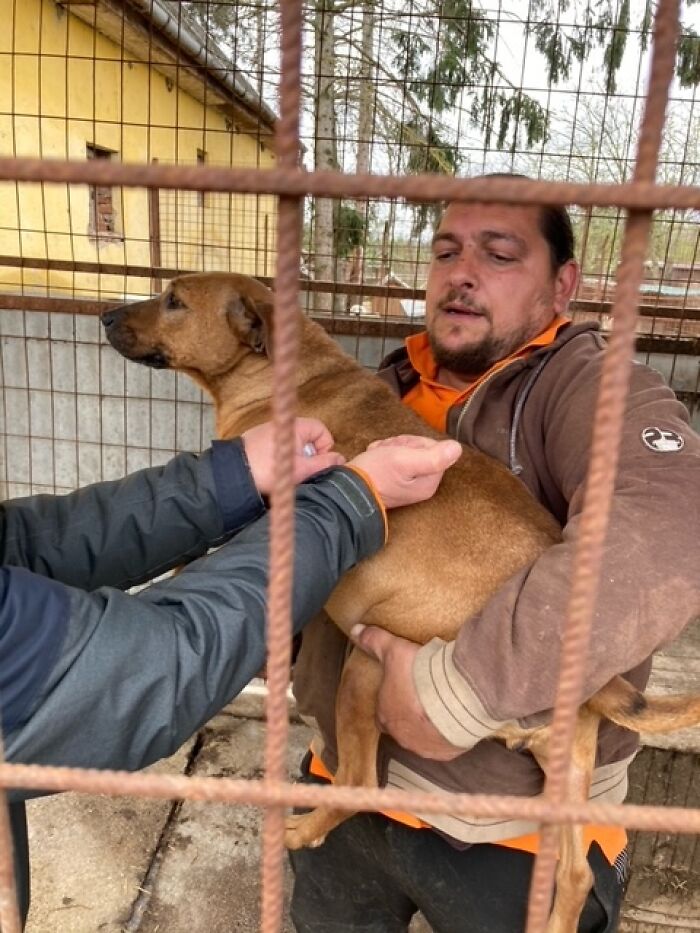 One of the border shelters after taking in numerous Ukrainian animals 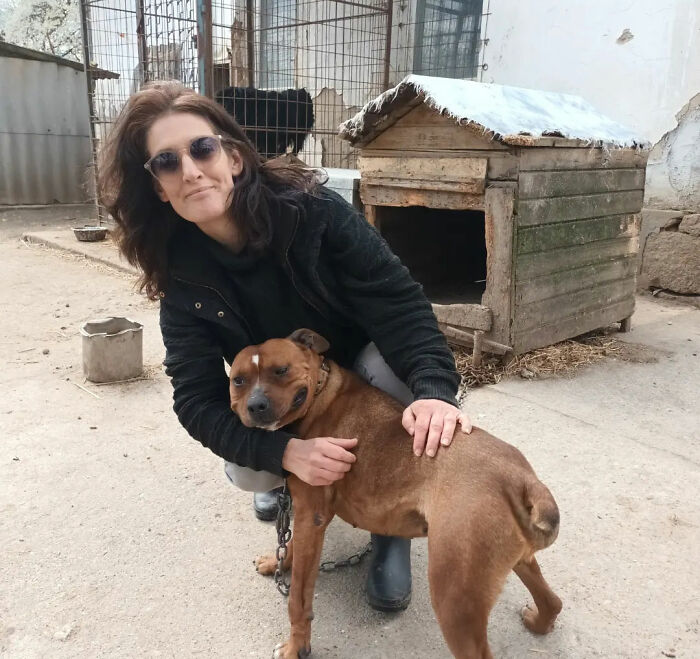 Red Shed is opening up voluntary positions at one of the border shelters in Hungary it is supporting.

The shelter is now fully overcrowded because of the number of Ukrainian animals it has taken in. That’s why I am looking for a solid “building” crew to help put a better structure in one of the shelters where many Ukrainian animals were dumped at.

We are looking for volunteers with experience in building, painting, carpentry, general handy work and animal handling. Other than this, urgent non-monetary donation areas are shipment of vet supplies to our dropship zones. These would hopefully come from vet groups who wish to send tick medicine, flea treatment, eye and ear solutions (even bandages). We don’t directly get involved in shipping (just don’t have the manpower), but we put up contact details for each region so people can connect with them and see how they can get supplies to them.

Long term:
We would like to help border shelters cope with the increase of Ukrainian animals coming through. After that (and hopefully soon), when peace breaks out, we would like to begin rebuilding shelters in Ukraine. Lots of building companies have offered supplies and donations of paint, timber, construction panels, glass, etc.

I would personally love to shake the hand of each and every one of you to thank you from the bottom of my heart. NONE of what Red Shed has done would have been possible without Bored Panda’s help – I hope you know how much this means to me and the volunteers!

The post I Want To Personally Thank All Pandas Who Are Helping Red Shed With The Ukrainian Animal Crisis first appeared on Bored Panda.