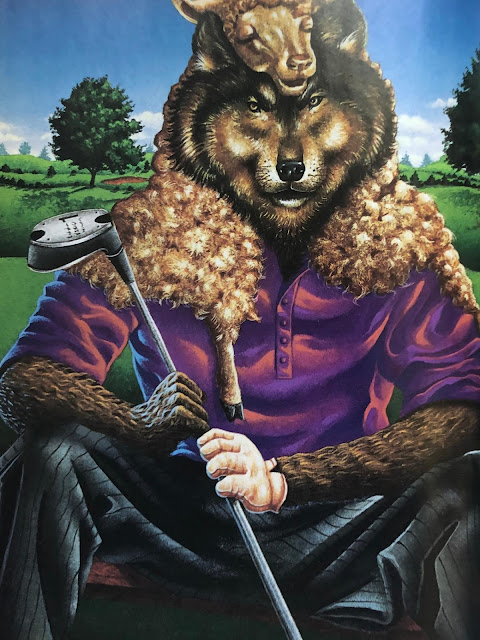 I so appreciate all the ideas you submitted by comment and email for a new moniker for ex-boyfriend Golf Guy. For those of you who are new to CC, I decided Golf Guy is way too cutesy and benign a nickname for an abusive unhinged narcissist. I asked for submissions for a new nickname.

Ultimately, I decided I wanted to keep it clean and clever, and a follower had suggested some derogatory golf terms since his nickname is Golf Guy or GG. This led me down the rabbit hole of golf terms. I am not a golfer. You will recall that we ended up moving to Florida because of his desire to play golf every day.

I found the perfect one - Sandbagger. A sandbagger is the lowest of the low in golf - a hustler and a cheater. This describes him perfectly. To a t - or a tee - LOL. The term started with gangs on the streets, then poker, then made its way into golf vernacular. They are the scum of golf. The lowlifes. Everyone hates them. Absolutely perfect. (BTW his nickname at his condo in Alexandria, Virginia was the roach)

I have pasted this article below if you are interested.

"Sandbagger" as a golf term would make a little sense if it had something to do with sand bunkers. But it doesn't. In golf, a sandbagger is a nasty species of golf club vermin who lies about his true playing abilities, making himself seem worse than he is in order to gain advantage in tournaments or bets.

But why is "sandbagger" golfers' term for that? And how did it enter the golf lexicon?

Think Offensive Sand Bags, Not Defensive Ones
We all know what a sand bag is, but how did bags of sand enter the golf lexicon?

First, the word doesn't derive from the type of sand bags we're most familiar with. It's not the defensive sand bags (those used for flood control, lining foxholes, and so on) but the offensive sand bags that give us the golf word "sandbagger."

Gangs and street toughs of the 19th century used sand bags as a weapon of choice. Take a sock or small bag, fill it with sand, wrap it tightly, and wail away on someone (well, don't actually wail away on someone, but imagine that you are) and you'll see how effective a weapon a small sand bag can be.

Gang members used such weapons to intimidate their foes or average citizens. To threaten and bully the populace.

This original definition of sandbagger as a person who uses a sand bag as a weapon can still be found in many dictionaries; it's the first definition for the word in most older dictionaries.

'Sandbagger' Went Through Poker to Get to Golf
But the word didn't go directly from its gangland origins into golf; there was an intermediary step in its adoption by the sports world, and golf, to mean someone who misrepresents his ability to gain an advantage.

According to the website Word-Detective.com, that intermediary step was poker.

Say you're in a poker match and you're dealt a fantastic hand. If you place a huge bet right off the bat, you might scare most of your poker mates into folding. Instead, you might choose to bet small amounts, hoping to keep your opponents in the hand, increasing the pot, up until the moment you show your cards.

As Word-Detective.com puts it, the poker meaning:

"... described a player who held off raising the stakes in order to lull the other players into a false sense of security. The poker sandbagger would pounce late in the game, clobbering the other players with his good hand."
The poker player, in other words, misled his opponents about how good his hand was, until it was time to whip out the figurative "sand bag" and beat those same opponents with it.

Golf and gambling have always gone together, and the poker use of the term eventually allowed it to cross over into golf. "

A manipulator, a liar, a cheater, a hustler, a con artist, a bully - all fit him like a glove. So Golf Guy/GG is now Sandbagger. It fits him perfectly, both in golf and in life, and it is THE ultimate insult to a golfer.

I believe I scored. 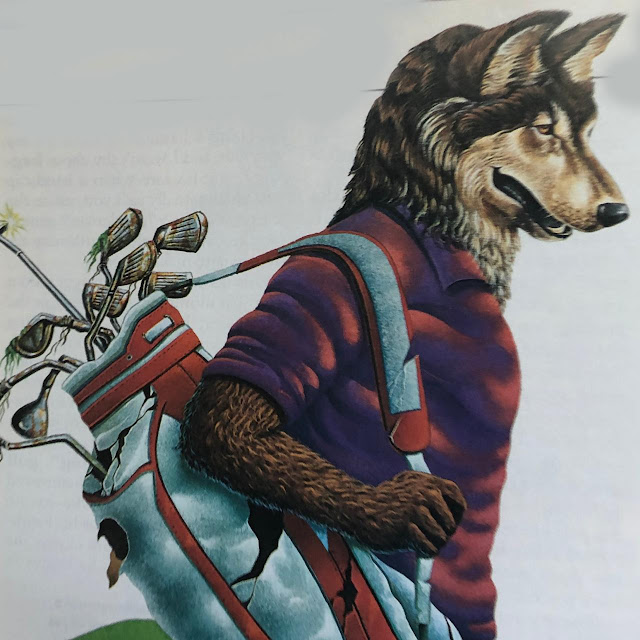