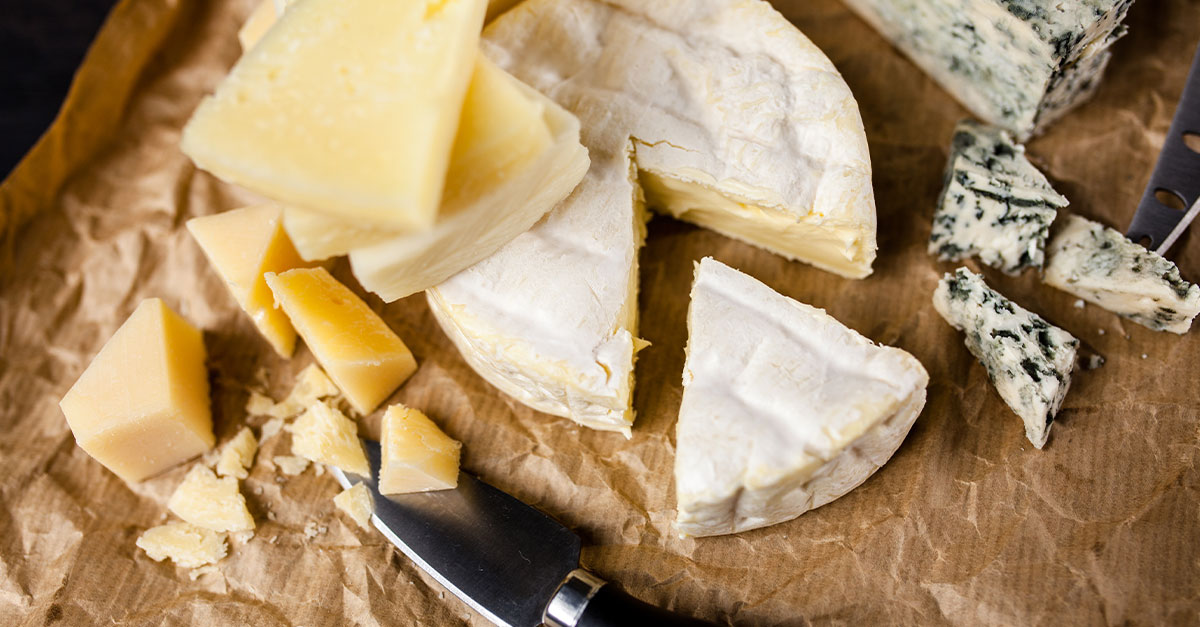 Those who have walked into a cheese shop and thought, “It smells amazing in here! And also kind of like feet!” have smelled the glory of washed-rind cheeses. Sometimes called “stinky cheese,” these are the cheeses like Époisses, Taleggio, Munster, and Ardrahan that can smell as gentle as yeasty bread dough, or as strong as a teenage athlete’s dirty sock — or even death itself.

In fact, in the 19th century, the process of making this style of cheese was called “putrefactive fermentation” — in other words, “death-like fermentation.”

In order to create these sometimes atrocious-smelling cheeses, makers take a cheese that would have otherwise become a Brie-style cheese and gently scrub it down with a brine solution or a diluted solution of wine, beer, or another alcoholic beverage. In doing so, a new host of bacteria starts growing on the cheese, including one called Brevibacterium linens (often shortened to B. linens).

B. Linens, explains Michelle Vieira, Certified Cheese Professional, cheesemonger at Whole Foods, and creator of Instagram-based blog Columbus Curd Nerd, is “the same bacteria found in the sweaty, smelly zones on the body, which is why washed rinds often smell like dirty socks. This bacteria likes warm and wet areas.”

Especially for those of us who grew up with yellow cheddar slices that don’t smell like much at all, feety washed rinds are a real stretch. Why would anyone choose to put that in their mouth?

Well, most of these cheeses don’t taste nearly as strong as they smell, and “they often boast salty, meaty notes,” explains Vieira.

And, depending on who’s telling the story, that was either an incredible invention or a wonderful accident. According to “The Oxford Companion to Cheese,” the first washed-rind cheese on record, in the 7th century, was Munster, made by monks in Alsace-Lorraine. The name is said to come from the Latin monastarium, meaning “monastery.”

“Monastic life is ideally suited to cheesemaking,” explains “The Oxford Companion to Cheese,” “with its rigorous and repetitive daily routines.”

“The Rule of St. Benedict,” a book written in 516 to guide monks living under an abbot, proclaims, “Idleness is the enemy of the soul. The brethren, therefore must be occupied at stated hours in labor … for then are they truly monks when they live by the labor of their hands.”

Often, the monks would fast from meat, for both logistical and religious reasons.

How, though, did they discover this method of washing down cheese to bring out its funky side? One way that it may have happened (and the story that many cheesemongers tell inquisitive customers) is this:

Benedictine monks in the Middle Ages made many wonderful, often-fermented food products, including bread, cheese, wine, and beer. At some point, alcohol was put to use as an effective sanitizing solution, as was brine.

As the story goes, there was a young, pious monk on cheese duty one day who noticed a new mold growing on his cheeses. Not one to be bested by scary new molds, he grabbed his sanitizing bucket (which would have held a diluted alcohol or brine solution) and scrubbed down the moldy cheeses.

A few days later, the mold was back, so he scrubbed down the cheeses again. He did this several more times over the course of the next few weeks.

To his horror, the cheeses he scrubbed down did not turn into the Brie-style rounds he was expecting — they were sticky, tinged red-orange, and stank to high heaven. He pulled aside a more experienced monk for guidance, but he had never seen such a thing, either. Those monks pulled aside yet a more experienced monk, and he was similarly perplexed.

Because this was the Middle Ages and food could not be wasted, someone had to taste it. The young monk took a little taste and, to his surprise, the cheese was savory and unctuous, like a meat custard. He offered it to the other monks, who tried it and enjoyed it also. They liked the meatiness of it so much, they started using it as a meat replacement during fasting.

Soon, the volume explains, the cheeses “became an important source of income to the monastery.” From there, the technique spread, eventually leading to the range of washed rinds we have available today.

For those looking to try this historic style but are wary of the funk, there are mild versions available. These include Taleggio, Morbier, and Von Trapp Oma. On the younger side (ask your cheesemonger!), these washed-rind cheeses will be less funky and more mushroomy.