Can I Tell You About My Day? 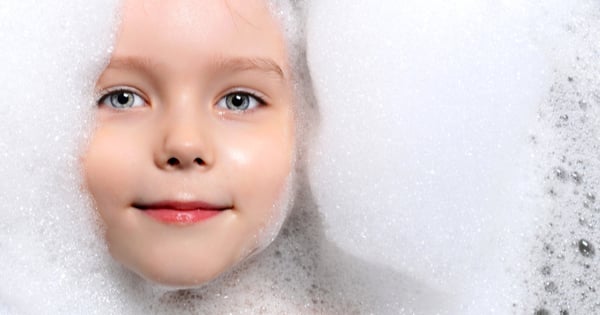 Can I tell you about my day?

Good, because if I don’t let it out it’s going to escape in some other form, and at my age excessive flatulence is unbecoming.

By midday, I had written extra strength Tylenol on the grocery list three times.

Most of you will agree, sheltering in place is wearing on our collective nerves, and today was another of many. Too many to count. Bahaha, I’m so dramatic, but it makes for a good story, so read on…

Their arrival was as if an ant invasion, massive, unstructured, and unrelenting. Julie, my oldest daughter, is having work done on her house, so her family is sheltering with us. Keep in mind all of the adults have to work remotely, there are three children under the age of five that need care, two are identical twins, and my dog is sick as a dog.

Julie arrives with Audrey, her oldest, sporting a five-year-old pirated royalty attitude, it’s frickin adorable. Cora and Sienna, now three, are courting mischievous grins, enough said. They make a beeline for the dress-up trunk in the mermaid room, while Nic sets up his home office on the kitchen table, right across from Julie’s refrigerator accessible office. Does everyone really need a computer, a huge monitor, snaggle of cords, and important looking papers?

Where am I supposed to eat breakfast?

I just finished a five-mile trek through the neighborhood with Sue (six feet apart of course) and was in need of strong coffee, boiled egg, and a restroom. The rough restaurant-style toilet paper has made me appreciate the good old days, when we stocked Charmin Ultra Soft in the bathrooms, and the “experience” could be described as pleasant. Today I feel as if someone has taken a sander to my ass. Rough.

They brought the babysitter with them, Ms. Hilda, who I found sitting on the playroom floor, tying elaborate bows around the girl’s fashionable dresses, as they scampered about securing jewelry, and purses. There was intense squabble developing over the turquoise necklace, so I hastened to the kitchen, before they dragged me in.

Larry, Nic, and Julie are all on conference calls, of course, AirPods protruding from their important ears. They’re trying to communicate with me via frantic eye movements, which is annoying. Who the hell is fluent in eye movements? I speak in a loud and clear voice so as not to be misunderstood, “move over you’re blocking the coffee pot.” I get the look.

I don’t know why I bother saying this over and over again, “Please remember to put your dishes in the dishwasher, hence the name, the sink is full, you’ve been here less than an hour, and try to remember it’s May.” I get those frantic hand signals to cease and desist with my rant, but I’m avoiding eye contact, so I can’t hear you!

I realize it’s hard to tell but it is my birthday month, and not that I’m expecting to be worshiped (much) or anything, but at least tolerated!

Racing past the playroom door to avoid exposure, I slip into the master bedroom to set up my “home office.” Okay, I slap on Airpods just to look cool, but I do have a conference call tomorrow, wasn’t Jesus who said, ‘preparedness is next to Godliness?” Maybe that was my mother? Anyhoo…I am late posting my blog, I have absolutely nothing to say, and it’s hell to expand on nothing. I also have eleven students who need help with their summative projects, a workshop to attend to, and a dog who appears to be dying.

Did I mention I wrote Extra Strength Tynole on the grocery list three times?

The doorbell rings, it’s Leticia, our beloved housekeeper. We’ve been paying her not to come for the last two months, but she’s ready to work again, and asked if she could start today. Perfect, it’s no longer possible to stay 6 feet apart in my own house, I invite her in, and try to rationalize all the people camped in various rooms. I guess we’ll just have to evacuate the areas where she’s cleaning, it’s called herd control, something to do with immunities, I mean mobility.

Oh yes, the dog, let me fill you in on his impending death, it could be an entire blog, but I’ll give you the abbridged version. You’re welcome. For reasons unknown, he licked the fur off his back paw while we were at the lake last weekend, he can’t put any weight on it, and he’s resistant to inspections. Larry and I finally tackled him together on the carpet and found a stinger embedded in the sensitive part of his now bare toe (or is it a claw?), anyway, we graciously removed it. But he keeps licking the sore spot, and now it’s not only hairless, but infected. Larry has duck taped an old sock over the entire foot, and that seems to be working, until yesterday, when we discovered he wasn’t able to put weight on the opposing front paw. So now he’s like an unstable table, and has to be carried everywhere, and for the first time ever, he’s not interested in food?

He’s garnering a lot of attention, it’s my birthday month, but I believe I’m managing it all quite well. Thank you for asking.

Shaggy has been glued to my side for days, he does this when he’s feeling poorly, and I believe everyone is a little jealous? Could it be my own projection, who knows?

Regardless I have an eighty-pound rug constantly underfoot, I’ve tripped at least a dozen times, and I may have broken my pinky toe.

Did I mention I wrote extra strength Tylenol on the grocery list three times?

Shaggy can’t maneuver through his dog door with two useless feet, which has forced Larry into resistant servitude, and as you would expect Larry’s back went out during my birthday month, and he’s a little cranky, just sayin.

I’m very worried, as one would imagine, who’s going to make my coffee?

Shaggy has an appointment this morning with the vet, so Larry recruited Dante to go with him, and do the heavy lifting. As they carried our very matted and ungroomed Shaggy to the car Larry could not stop himself from saying, “you might never see him again, say your goodbyes.” This announcement created a lot of unnecessary drama, moaning, and lamenting, but soon the AirPods went back the ears, Leticia back to dusting, and the children have rather short attention spans.

Audrey tired of dress-up after three minutes and decided she wanted to be a writer like her Grammie. What can you do? I need to finish my blog, it’s Thursday, I’m already a day late. I set her up with an old laptop, pulled up a blank google document, found an old skateboard I repurposed as a desk, and typed the vowels at the top of the page. I told her to make up words using consonants and at least one vowel. Bad idea.

This is how it went down.

“Grammie what is this word?”

“What does it mean?”

I look it up and read her the definition, “eget, adverb, personally, individualistically, uniquely, oddly, peculiarly.” Reminds me of my life?

Two seconds later, “Grammie what is this word?”

“What does it mean?”

“It could be a small bug that hangs out in large swarms or a person seen as tiny or insignificant, especially in comparison with something larger or more important.” Hum, strangely appropriate.

I tell her to write a lot of words and then we’ll look at them all together. I haven’t written one sentence on my blog. Who can think with all these words to define?

Two seconds later, “Grammie what is this word?”

“GRAMMIE, WHAT IS THIS WORD?”

“Grammie is trying to write honey.”

Did I mention I wrote extra strength Tylenol on the grocery list three times?

When the veterinary calls with the results of Shaggy’s condition, we crowd around Larry’s iPhone as if some juicy gossip was about to be revealed, even the housekeeper moves within range. Shaggy is not going to die, he had burrs in both paws from all the ungroomed hair, and lake life. Total dog fail. Larry and Dante go back to the vet to retrieve him, he comes home with this huge cone attached to his head, so he doesn’t continue to lick the infected paws. He’s not adjusting well to the new impediment, knocking into doors and walls, and he can’t reach his water bowl. If this seems comical, it’s because it is, and I’m an evil person.

When Julie gets done with her conference calls, she saunters into my hastily constructed office where I’m getting absolutely nothing done, “I won’t be able to cook at my house tonight. What are you feeding us for dinner?” Wonderful, my clean kitchen will a faint memory by evenings end, oh joy.

“We were going to have salmon”

“Let me call Dante, he’s at the store, we’ll be needing a bigger fish.”

I text Dante, “the ants staying for dinner, buy some bait!”

As soon as Dante returns I start prepping the fish, beets, salad, and broccoli. I plan on roasting everything but the salad. The kiddos are hanging on me like piranha’s, Audrey is following me around asking about words, and the dog remains underfoot. Deep breaths, a wee bit of wine, “honey, did you remember the Tylenol?

I move to the family room to wait for the water to boil, the entourage moves with me, “Audrey, please don’t run on the back of the couch, it’s not a balance beam, and Cora sweetheart, don’t drive the camper repeatedly into the piano, Shaggy stop licking, has anyone seen Sienna?” In fact where is everyone?

As the pot of water starts to boil for the kid’s pasta, I notice a contingent of neighbors gathering on our driveway, Larry, Dante, Julie and Nic are all out there shooting the shit, sipping adult beverages. I yell out the window, “six feet people,” just to be ornery. Hello, we’re in the middle of a pandemic, not a continual happy hour, and by the way, my glass is empty. Did I mention it’s my birthday month and I’m the only one in the kitchen?

I send the kids, and the unstable table (a.k.a. Shaggy) out front, Tahehehe!

During dinner I watch the twins draw pictures with the butter on their pink plastic plates with their fingers, I look the other way, but when Audrey starts reapplying her lipstick with my favorite color, I calmly retrieve it, and stick it in my bra for safekeeping. “Can the children please be excused?”

Corralling them all into the tub is like herding cats but eventually, we succeed.

Sienna says, “I a mermaid. Do you like my tail Grammie?” She holds her legs together and slams them up and down in the water.

“I love your tail but please stop splashing water all over my freshly cleaned bathroom.”

Who knew how precocious all those tiny butts could be? One of them farts.

“For Heaven’s sake, what’s that noise?”

You have to wonder what they will remember from this Corona experience? It won’t be the adults scrambling to work remotely, the tension of isolation, or fear of the unknown. They’ll tell their children about dinners at Grammie’s, spending half the day in their pajamas, birthday parties in the driveway, homemade corona masks from Kiki, but most importantly all the time they spent with Mom and Dad.

Thanks for letting me emit this story, as if releasing gas from a chamber, I feel relieved.

The post Can I Tell You About My Day? appeared first on The Good Men Project.