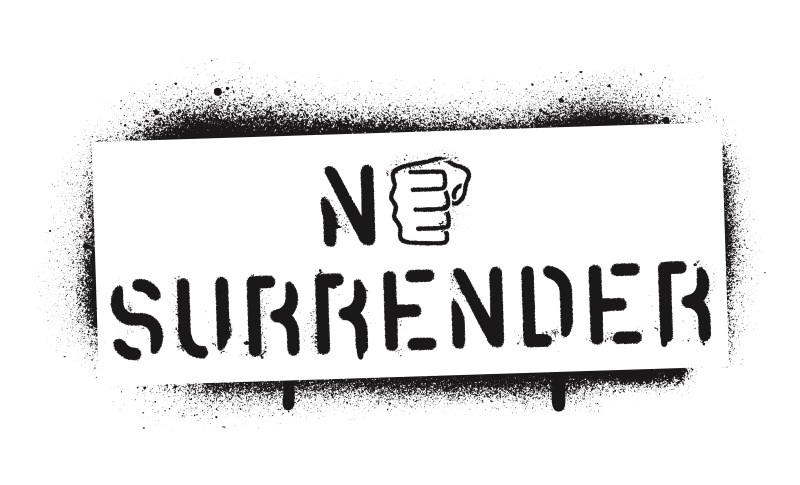 You can always tell who the liberals are in a political battle.

They’ll be the ones responding defensively or seeking to counter the other side with facts and data as if life were a debate, the winner of which is the one with the best evidence.

Because for some reason, liberals still think it possible to engage in rational, nuanced discourse with fascists.

Of course, they also bristle at using the word fascist to describe their adversaries, even when it fits, as it does with the modern Republican Party under the sway of its Trumpian base.

The label, they seem to think, is too judgy or something.

But if you can’t name your enemy, you will never defeat them.

Neither will you do so with nuance or reason.

Or by trying to see the good in some of their arguments or “relating” to their anger and pain.

That only works with people willing to do the same for you, who also value nuance and dialogue.

If one is, instead, locked in battle with those who believe:

…then, one cannot do reason and logic. The other side isn’t capable of it.

Instead, one must treat this adversary exactly as harshly and unsparingly as they would (and do) treat you.

Otherwise, you will lose, and not just the argument.

How the left is losing the CRT battle

The above advice applies to any number of issues. But here, I wish to apply it to the current fight over schools — specifically, anti-racist curriculum and history education.

Or what the right refers to as Critical Race Theory.

And no, this is not a side issue.

I know that when people are struggling to afford health care, fight eviction, or arrest the looming climate catastrophe, fighting over schoolbooks might seem trivial by comparison.

But if it were trivial, the right wouldn’t be spending so much time on it.

They know that by pushing buttons of white resentment, they can turn out voters, giving them power over all those issues you might think are more important.

The other side won’t stop fighting the culture war just because you cede the battlefield to them. They’ll simply advance to the next position.

But how we respond matters. And so far, we’ve been fucking it up.

Ever since right-wing “filmmaker” Christopher Rufo launched the dishonest attack on anti-racist education, progressives have tended to do one of two things:

Both of these points are true, by the way.

And both are irrelevant.

Because facts don’t matter when the enemy isn’t arguing in good faith.

They don’t care what CRT is. It’s just an easy-to-remember label, under which banner they intend to place every argument about race that isn’t expressly conservative.

Rufo admitted as much on Twitter. The goal, he explained, is to lump “all of the various cultural insanities under that brand category,” so all of it becomes toxic in the eyes of the public.

Since then, any discussion of racism as an ongoing problem in America — or even a significant historical force — has been labeled “crazy” and radical.

He further admitted this on Joy Reid’s MSNBC show. After Reid pointed out that CRT isn’t a thing in K-12 schools, Rufo laughed and said he didn’t care about the specifics.

Because he knows it’s not about that. It’s code for anything a liberal says about race.

They will gladly lose every debate so long as they win power.

This changes the calculus of how progressives must respond.

So how should we respond?

So far, the right has framed the debate as being about CRT — this ill-defined school of thought supposedly intended to cast America as evil and whites as inherently racist.

Trying to explain why CRT isn’t present in K-12 schools or why it isn’t saying those things keeps the conservative framing in place.

Rather than debate the finer points of CRT, we should change the narrative.

They aren’t trying to shut down anti-American teaching. They’re trying to censor honest discussions of our nation’s history.

Censorship and book-banning are the images we want to convey here — because that’s what they’re doing.

This is cancel culture at its worst.

In Texas, lawmakers compiled a list of over 800 books they want “reviewed” to see if they’re appropriate for school libraries — with appropriateness to be determined by them, of course.

In New Hampshire, any teacher who discusses racism in America opens themselves up to be turned in by students or parents through an online snitch portal. And “Moms for Liberty” is offering a $500 bounty for the first person to catch a teacher violating the state’s new restrictions.

According to the law, teachers who examine “divisive concepts” can be fired and stripped of their teaching license.

Elsewhere, right-wing groups are demanding the removal of children’s books about MLK and other civil rights figures from schools because they cast white people in a bad light.

And how? By telling the truth about America during segregation.

The right is even attacking To Kill a Mockingbird as too “divisive.” The fact that the story takes place in 1930s Alabama, but conservatives think even acknowledging racism then is a bridge too far, says a lot.

It says they seek to censor the truth, stifle real history, lie to children, and keep them ignorant.

That is what we should be saying. Not trying to debate the finer points of intersectionality and Derrick Bell’s interest convergence theory with people who insist we’re trying to poison the minds of their children.

But the right is trying to close the minds of those children and keep them bolted shut. That’s the issue.

They are the ones who are intent on harming kids.

Kids hate being told by adults that they aren’t old enough to handle particular material. The young are quick to assert their maturity (even when they lack it) and demand independence.

We should appeal to that desire for autonomy.

Take our case directly to students.

Ask how they feel about parents deciding what books can and can’t be in their libraries or classrooms.

Ask how they feel about parents deciding what subjects can be covered in class and how they must be discussed.

Appeal directly to their desire to know the things their parents don’t want them to know. Ask them why adults are so quick to shut down critical thinking.

What are these parents afraid of? Why don’t they trust young people to think for themselves?

We should be encouraging young people to question the motives of adults who would keep their minds closed. Are they “protecting” students with censorship and book-banning? Or just trying to maintain their power and control?

In York, Pennsylvania, students got books the right was seeking to ban put back into the schools. We should encourage more of that open rebellion by the young. Let them take the lead. They’re the ones being injured by enforced ignorance.

While we fight censorship laws in court to restore banned materials to classrooms, we should help students start extra-curricular organizations — banned book clubs or “hidden history” clubs — to examine the things some don’t want them to know.

Parents could chip in and purchase books that are being banned, from children’s books to famous literature like Toni Morrison’s Beloved to The 1619 Project to Howard Zinn’s People’s History of the United States.

Start a fund for the purchase and dissemination of prohibited material.

Students will flock to this kind of organization precisely because of its transgressive nature. They can operate as virtual CSI detectives, uncovering the clues at the scene of the right-wing censorious crime, discovering the things the right would rather them not know — and then asking why?

4. Show up at school board meetings and run for open positions

For months, school board meetings nationwide have been overrun with right-wing parents screaming about critical race theory, mask mandates, and trans students, who they fear will molest their children in bathrooms.

They yell, threaten violence and tell elected officials and teachers that they “know where they live” in an attempt to intimidate them.

Meanwhile, what do progressives do? Most of us sit back and complain about these horrible parents taking over these meetings.

But why aren’t we at those meetings?

We need to be there. When they shout, shout back. Tell school officials and board members you are just as committed to honest history, COVID safety, and LGBTQ equity as right-wingers are to lies, scientific ignorance, and hate.

And if the right is going to run candidates for those school board positions, we have to do the same.

Bullies only bully until people stand up to them. Once they get a nice sock to the face (metaphorically speaking), they usually back down.

5. Teachers and school officials must break new censorship laws, even if it means being fired

We need bravery, not teachers and principals more concerned about job security than doing what’s right for their students and country.

If educators refuse to test these laws by teaching banned material and exploring topics that could get them in trouble, the bullies win. Through intimidation, they will have elicited self-censorship.

Only by risking termination or financial penalty can school officials have clear standing to challenge these new laws in court.

One has to show injury to press a claim that one’s rights have been violated. And what better example of injury could there be than being fired for teaching history or having a discussion in class?

If, on the other hand, teachers choose not to engage these topics for fear of losing their jobs, the courts may never intervene and rule that the laws violate the First Amendment. Judges could decide that since no one was punished for what they said, there was no harm, no foul.

Although the laws themselves should be struck down as unconstitutional because they inhibit speech, any opening for the courts to uphold these laws should be closed. Making sure we have a clear injury to which we can point — teachers fired, schools fined — helps close those openings, making it tough for even conservative judges to uphold such censorship.

Whatever we do, we cannot continue to apologize for our principles or act as if the other side operates in good faith and can be reasoned with.

They are against everything education is supposed to be: exploration, critical thinking, and the search for truth.

And they should be called that every time we speak of them. Not racists or white supremacists — though some are certainly that too.

But as people who seek to destroy the spirit of democracy itself.

This is what we must do if we are interested in winning and not just being right. And for my money, winning a debate against fascists isn’t much to hang one’s hat on anymore.

This post was previously published on Tim Wise’s blog.

Join The Good Men Project as a Premium Member today.

Log in if you wish to renew an existing subscription.

By completing this registration form, you are also agreeing to our Terms of Service which can be found here.


Need more info? A complete list of benefits is here.
—