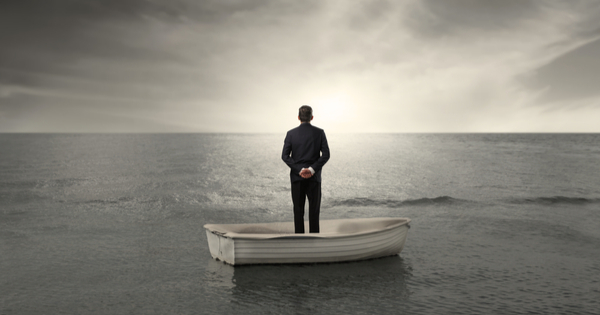 Earlier this week I had coffee with a friend. We were talking about life: friendships, divorce: adult problems ─ heavy stuff. He mentioned that he has several male friends who are struggling with “adult problems”.

“Adult problems” is a nice, clean way to say, booze, drugs and ladies.

Even Sesame Street is introducing “Carlie” ─ a new character whose Mom is suffering from “an adult problem” ─ substance abuse. Perhaps it’s the parents that Sesame Street is trying to reach with this character.

Most of the time these emerging “adult problems” are kept confidential or as the kids like to say, “on the down-low”.

According to author Glen Jackson, there are three contributing factors leading to all these emerging adult problems: Secrecy, Isolation and Perfection.   Let’s break it down. Maybe we can learn something together.

Since it’s just you and me talking here, I’ll go ahead and bust this one out. About five years after my wife and I got married, I bought a terrific new house. It wasn’t a rental house, either. Or a fixer-upper that we could put on one of those reality shows where you flip the crib and rake in a pantload of cash…..in a weekend.

This was a big-boy house: two car garage and all. The only problem is…..I didn’t tell her about it.

Now before you get all judgy, it seemed like a good idea at the time. And, I was getting a great deal. Frankly, I got so caught up in the negotiations with the owner that I just got carried away.

I felt pretty shrewd for about an hour. Then I realized I’d forgotten something important. Asking my wife.

The next day, I called my wife at her office and offered to “bring her lunch”. As I drove to her office, I was sweating like two rats in a wool sock-doing what rats do best.

After the initial shock and a few funny looks from my better half, the strange conversation turned positive. I could see she was genuinely excited. Mission accomplished. Chalk that one up to dumb luck. It was the first big lesson of our short marriage ─ don’t keep secrets, you moron.

The pandemic experience gave a whole new meaning to isolation. But even prior to the house arrest, we were retreating. A few years ago I wrote a story called The Friendless American Male. It’s still my most popular article, according to Google, which means people are searching the words “Friendless” and “Male” in record numbers.

But they are a poor replacement for a cold beer or two in a dive bar. And studies show that men are growing increasingly isolated and lonely, despite the constant connection.

Add in the pressure of work and family and you have a recipe for a Fecal Festival.

The simple truth is that we are always having a conversation about our stuff. But we are having that conversation with ourselves: in our own head. That’s also where our inner critic lives. And in times of strife, that’s the last guy you should be talking to. He’s usually a jerk.

The good folks at Movember.com are doing a great job at bringing attention to this issue of isolation. This 70 second video encourages men to get out of their own heads. And, to be “a man of more words”.

In the spirit of this video, here’s something I like to call the 2-20 question:

It’s 2am and the poo party is raging-like someone dropped Adderall in the punch bowl. You need to talk to a friend about the hard stuff of life. Is there anyone you could call? Anyone that would throw on jeans and a faded ball cap and meet you at Starbucks in 20 minutes?
If not you have some work to do, my friend.

The overwhelming pressure to live a perfect life can be a terrific motivator. It can also be a source of great anguish.

See, life rarely operates in perfection mode, as it does for the Kardashian clan. And when we measure our self worth solely against a standard of perfection, we set ourselves up for disappointment.

As Bob Rotella aptly titled his award-winning book, “Golf is Not a Game of Perfect.” That was the title and the thesis. It’s a game where you are constantly trying to make the perfect shot and inevitably trying to recover from the imperfect shot.

It’s not a great game to pursue if you suffer from an unrelenting desire for perfection.

The game is called golf, cause (the F-word) was already taken.

I love the game. But, about 50% of the time I go home madder than a Pittsburgh Steelers fan. Not at my competitors or the $5 Nassau, but at my own performance.

My expectations typically exceed my ability. And that’s kinda how life is.

Perhaps we are all still trying to please our fathers. It kinda reminds me of the “Convention Scene” from Bull Durham when pitcher “Crash” Davis sees his old man in the bleachers and freaks out.

Maybe it’s that way for us. As if Dad is still in the bleachers, capturing 4K quality video of our every move on the field of life. There we are:

Waving to him in the stands.

Performing to exceed his expectations.

Hoping he’ll buy us ice cream on the way home.

The simple truth is that things aren’t always gonna turn out the way we expected. We can take it as a personal failing, channeling our inner jackass to berate ourselves. Or, we can use the imperfection data as input.

Fortunately there is help on the way. Across the country, groups of men are beginning to gather. Their mission is to plant, grow and serve small groups of men ─ for the invigoration of male friendships. They simply make make friendships efficient again.

How about you? Are you feeling the weight of “adult problems?” Do you have a friend that you could call at 2 am when secrecy, isolation and perfection have taken their pound of flesh? When your life starts to resemble two monkeys humping a football? If not, consider joining a group like Purpose on Tap, The Back Nine, Iron Sharpens Iron or F3 Nation.